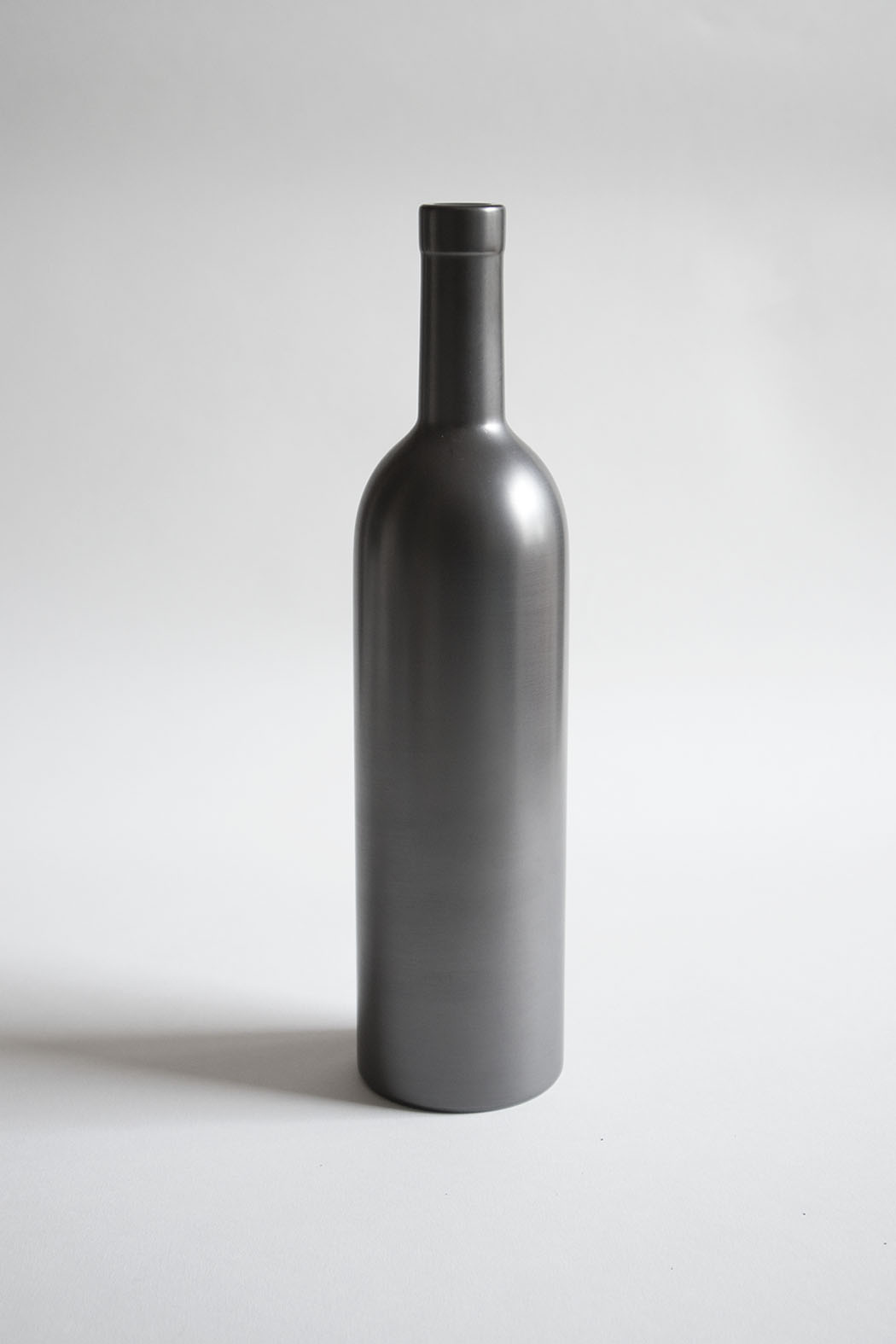 carlos nunes_v.garrafa, from the series acrômicas_2017
bottle made of graphite
31 x 7 cm 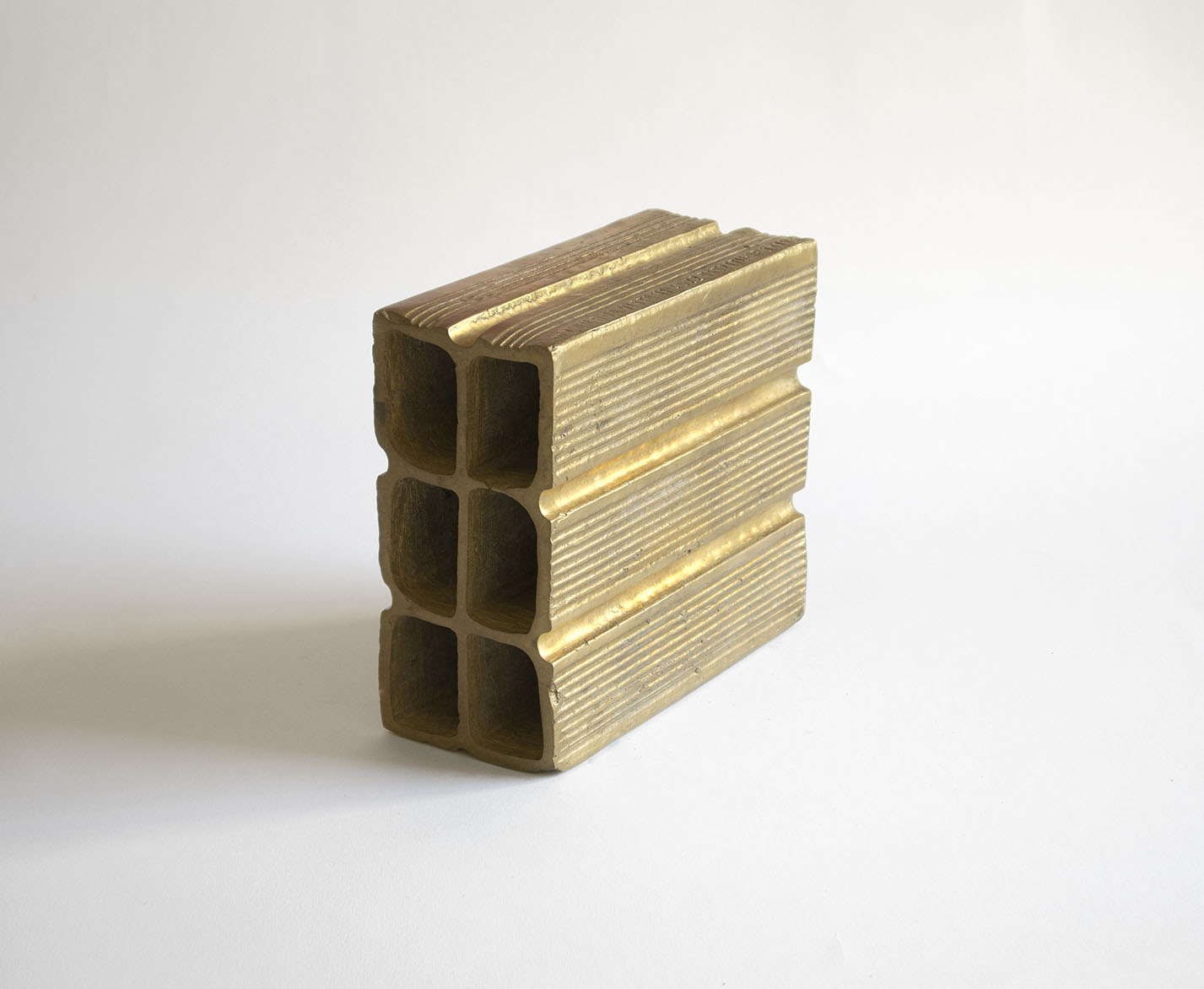 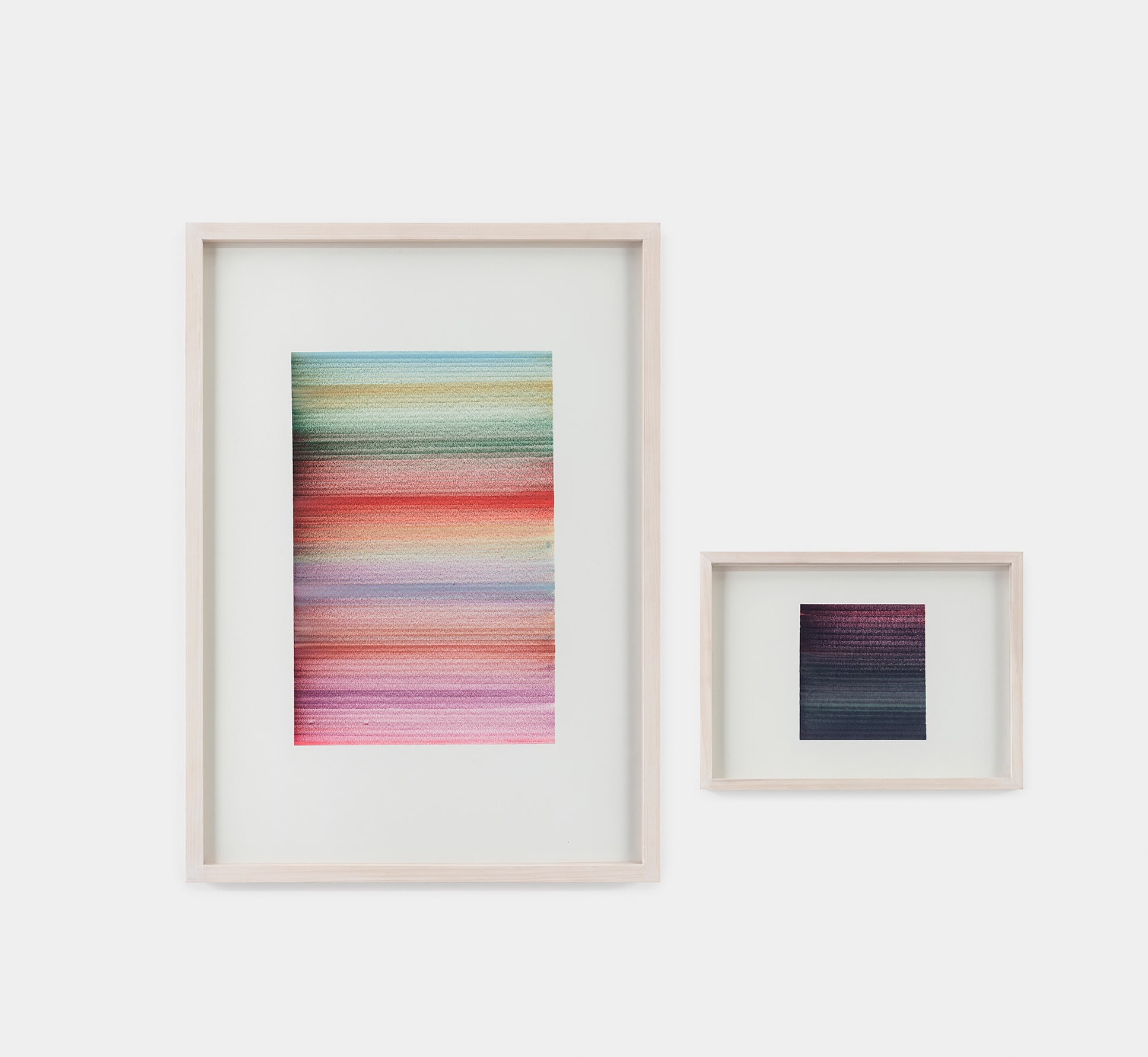 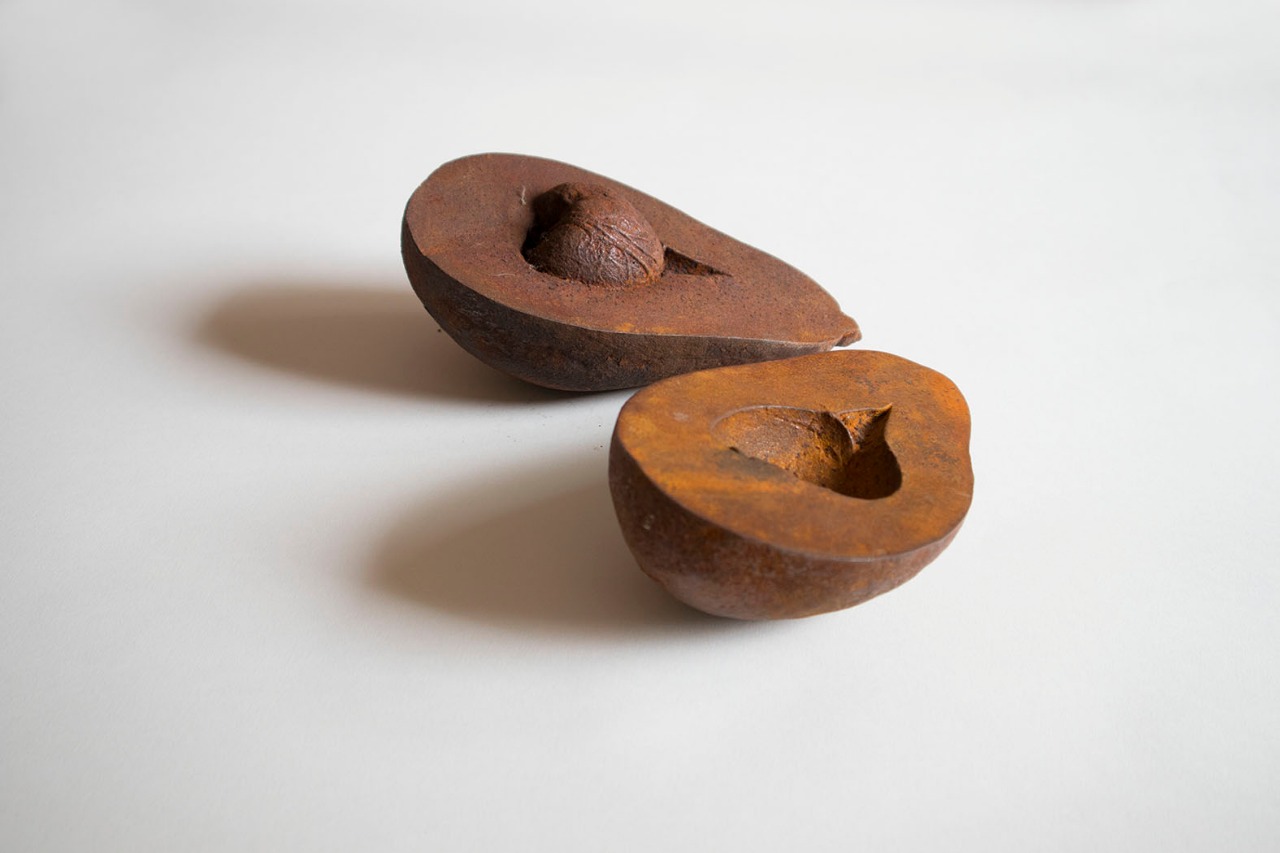 carlos nunes _v.abacate, from the series acrômicas _2017
avocado made of iron and rust
approx. 17 x 10 x 6 cm each piece 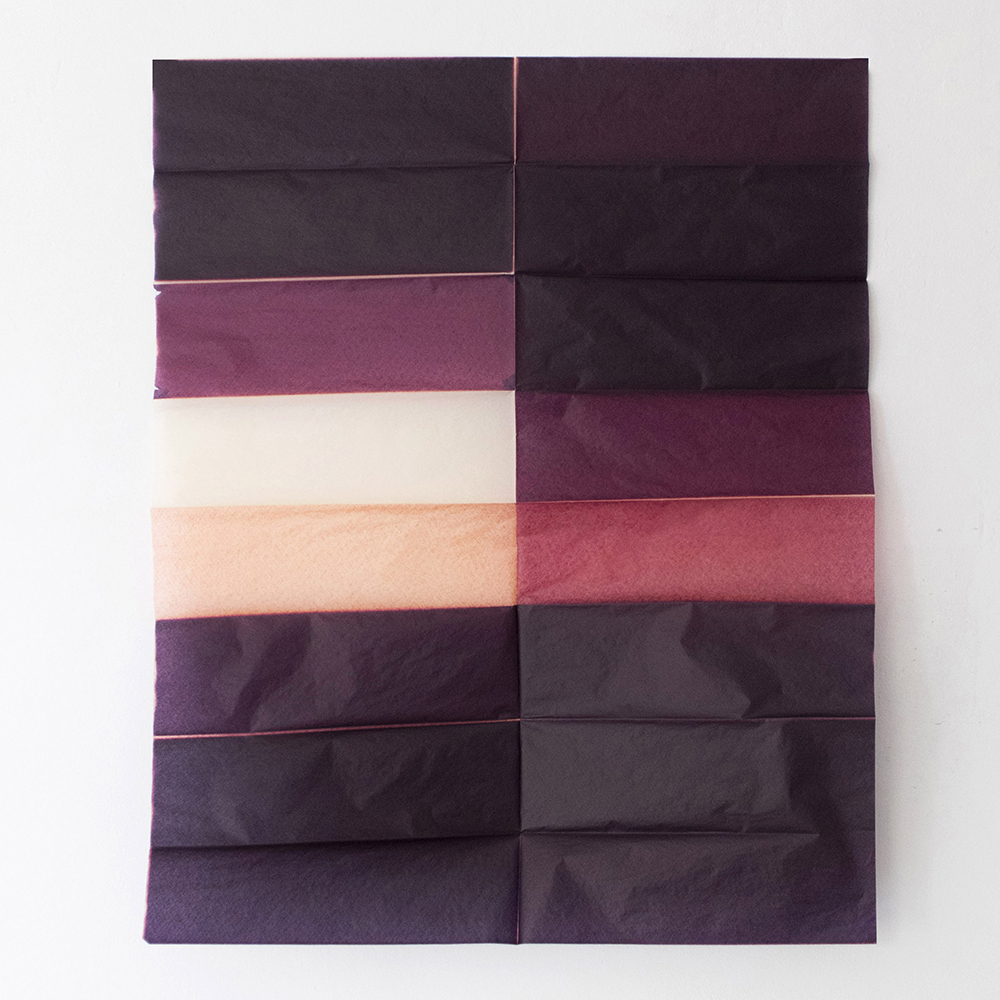 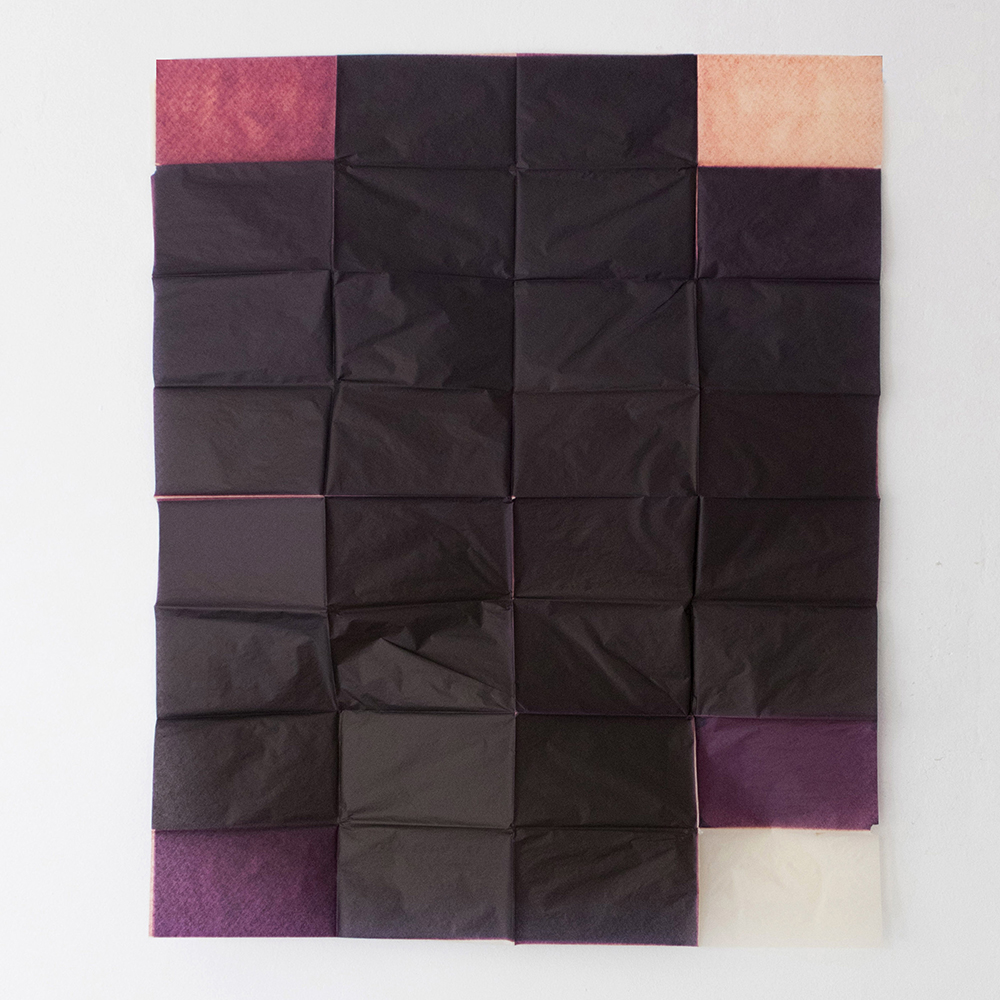 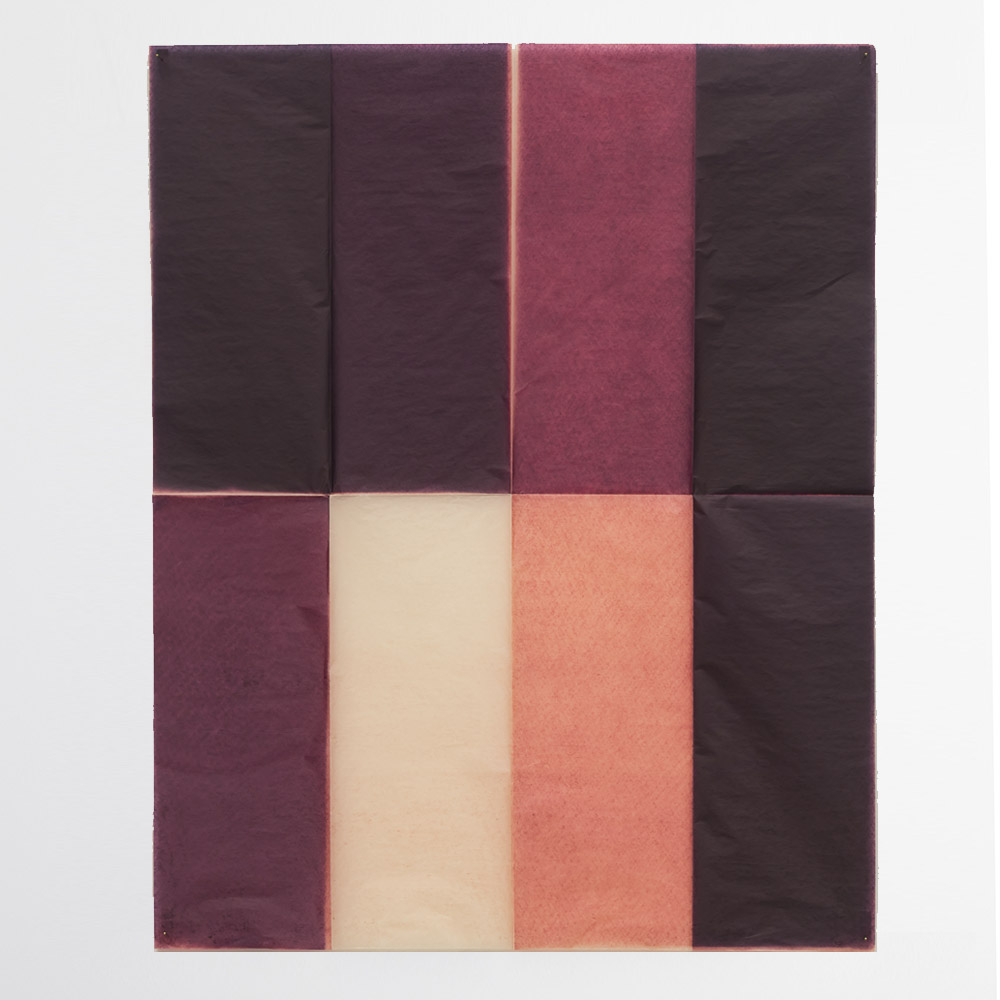 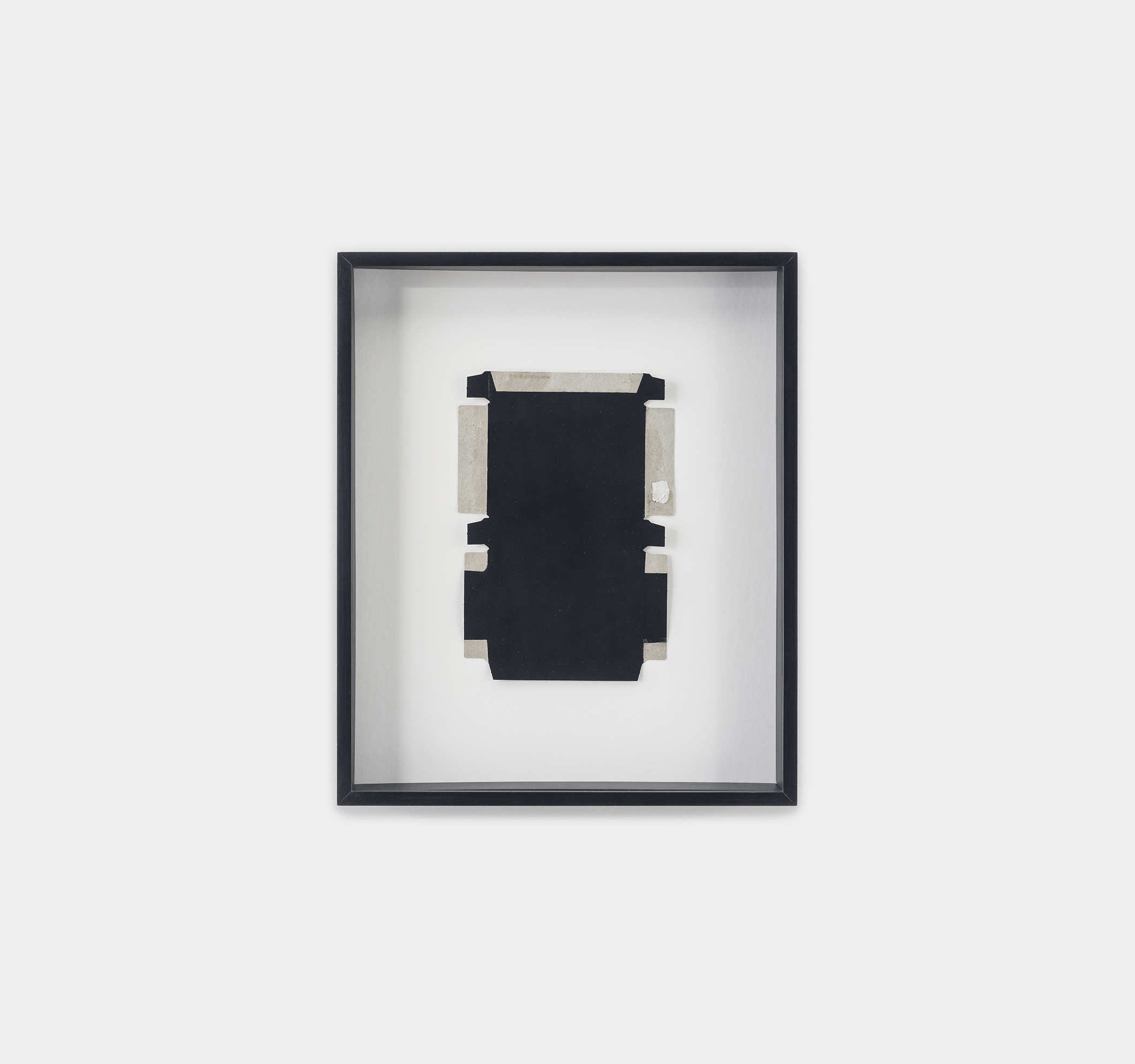 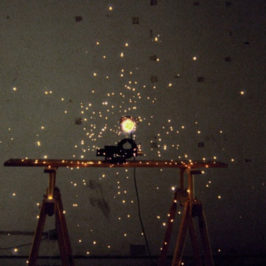 In Carlos Nunes’s work there is a recognizable modus operandi that pervades the artist’s entire oeuvre, articulated in creative strategies that differ subtly from one another and yet are clearly related. The most frequent method is one where some material used to make the work is entirely spent in a lengthy, articulated process. This is what takes place, for example, in works such as Pastel Seco Amarelo [Dry Yellow Pastel] and Pastel Seco Preto [Dry Black Pastel] (both from 2013), in each of which a pastel crayon is completely used up, within a predefined area. In another artwork, Fita [Tape] (2013), the surprising thing is the way the tape is spread on the floor and wall, lending tangible presence and visibility to a geometric and architectural element (the lower corner of the wall, where the floor and the wall meet); but the work would never have been created – at least not by Carlos Nunes – if the shape were defined only by aesthetic criteria, and not by the length of the roll of tape. In a further series, Possibilidades escultóricas de uma natureza-morta [Sculptural Possibilities of a Still Life], 2012, the artist selects bottles, plates, light bulbs, cans, rolls of tape and other objects and combines them in every possible arrangement to create a set of ephemeral sculptures that exist only long enough to take a photograph that documents the action. The various series he has made up to now indicate infinite potentials of this way of looking at the world, while evoking uncertainty in regard to where the work is in fact located. Clearly, the work cannot be considered a sculpture in the conventional meaning of the term, as the objects are only shown by way of their images in photographs. Furthermore, the value of the images evidently derives from their being records of an action, just as it is evident that the sculpture referred to in the title does not exist physically, but only as an idea. In other words, all appearances to the contrary, the main element in the title is actually the possibility – which the work aims to make nearly tangible by way of sculpture.

An analogous discourse holds true for the artworks of the series Esculturas com materiais instáveis [Sculptures with Unstable Materials] (2012), although these works involve a more open creative strategy. When dealing with the unpredictable instability of eggs and pens, Carlos Nunes stops just shy of the point of rupture, breakage or collapse. The number of eggs piled up is probably what exhausts the potential of the process, but demanding a proof of this, and adding one more, could result in disaster. These works therefore dialogue with those of the series 24 canetas em diferentes planos de deslocamentos [24 Pens in Various Planned Movements] (2012–2013), in which variations on the same theme – essentially, a set of colored felt-tip marking pens is moved quickly or slowly, or left to stand on a sheet of paper – also evince the desire to exhaust the range of possibilities, although in this case it is known that the number of possible combinations is, by definition, infinite, and therefore unattainable. As in previous artworks, the final form of each work in the series is to a great extent random: the artist chooses the pens, the size and type of paper, and then defines the movement of the pens, but he cannot have total control over the way the ink will penetrate the paper. This is the more personal aspect of Carlos Nunes’s modus operandi: although his works always possess a notable visual appeal, what in fact characterizes them is not the formal aspect, but the way the forms are constructed, or – to state it more precisely – imagined, planned and finally accepted, without retouchings, just the way they are. In this sense, it could be said that his production essentially involves conceiving and making the artworks using a quasi-scientific approach, as though each drawing, sculpture or installation were, in reality, an experiment to be verified empirically, a theorem to be demonstrated or, more simply, something that is yet to be discovered or invented.