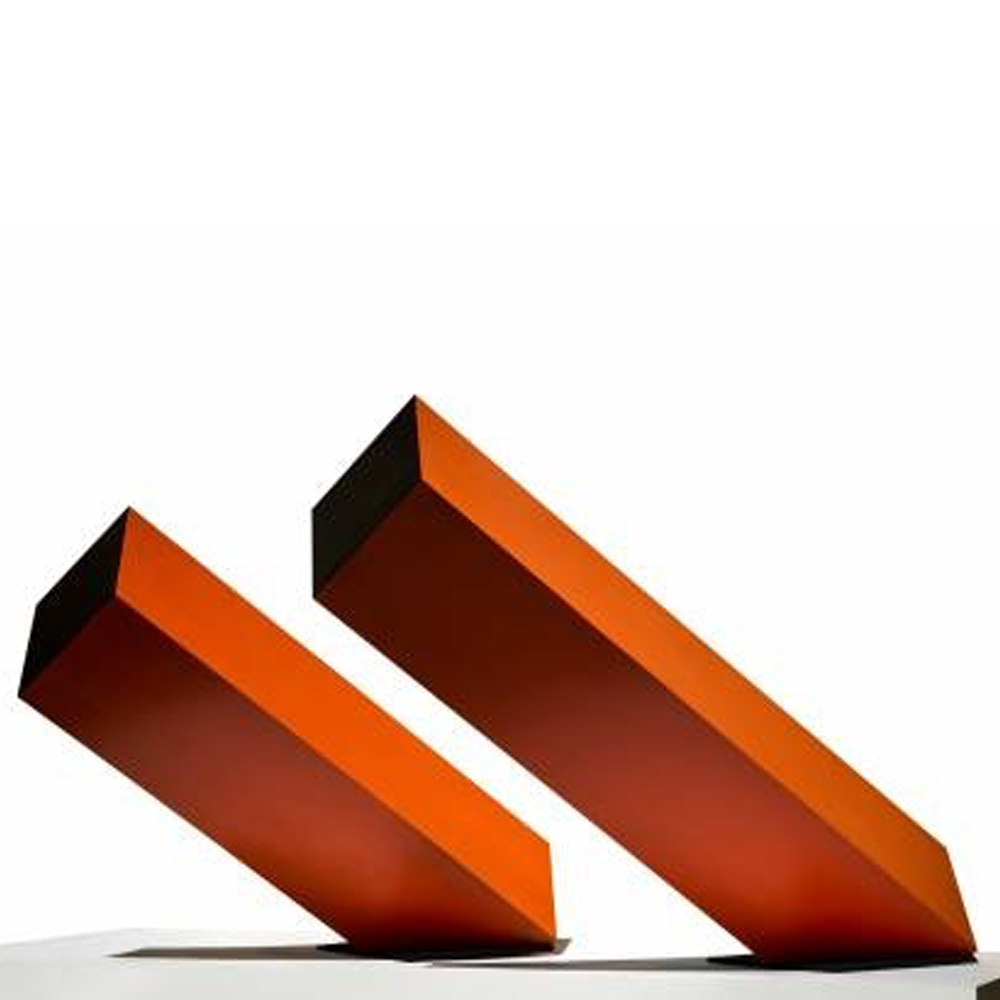 The artist from Ceará Sérvulo Esmeraldo returns to the city to occupy the ground floor of the Raquel Arnaud gallery with works executed in 2015, the year after the exhibition of part of his personal archive presented at the IAC – Instituto de Arte Contemporânea, responsible for this collection that records, above all, creation processes. One of the most prominent Brazilian artists for the innovative nature of his work, Esmeraldo, 86, remains the usual inventor: firm, attentive, and accurate. The present exhibition is evidence of the freshness and vitality of a production that, although mature, is still pulsating.

With 27 works – 10 sculptures, 07 reliefs, and 10 drawings –, 22 of which have never been seen before, Traço Volume Espaço brings a synthesis of the artist’s production from 1978 to 2015. In the 1970s, after 22 years he lived in France. It is at this stage that Sérvulo rediscovers the voluptuousness of the Brazilian tropical climate, and allows himself to be seduced by the natural light of Fortaleza, the city where he has lived and worked since then.

One of the highlights of the show is the large-format sculpture Discos, designed in 1978, which will be exposed to the open air in the gallery’s garden. Evoking the artist’s excellence and high constructive rigor, the work is composed of two coupled discs, in black and white painted steel, precisely cutting circles and semicircles that impress by their geometric coherence and lightness. Two other sculptures of mobile compositions, in medium format – Untitled (1997-2015), with three discs, and Untitled (1981-2015), composed of two prisms – work on the occupation of space, a constant interest in his work. The sculptural core is completed by five pieces in pyramidal and prismatic formats, designed in 1981 and now made, which demonstrate the tropical boldness of Sérvulo, who painted them in vibrant and luminous colors.

Unlike the sculptures, the reliefs on display are works by the mature artist. The oldest, the Parabolic Cylinders (designed in 2001), from the Theorems series, was made especially for the present exhibition. The works in this famous series by Sérvulo are more than simple poetic evocations of mathematical demonstrations. “They are appropriations of diagrams of mathematical theorems from antiquity and modernity that, stripped of their algebraic references, become sensitive images of abstract ideas”, points out critic Fernando Cocchiarale. The other reliefs, in steel, have contour and structure in the line and can be understood as drawings in space. Two of them are large transparent volumes.

The exhibition is completed by a series of 10 drawings made in 2015, especially for the present show. Calligraphic, they are the stroke that deals with volume and space. At the opening of Traço Volume Espaço, the book Sérvulo Esmeraldo – A Linha e a Luz will be released, organized by Dora Freitas and Sílvia Furtado, published by Lumiar Comunicação. The work brings together notes and writings from several decades of the artist around his work, as well as studies and works.