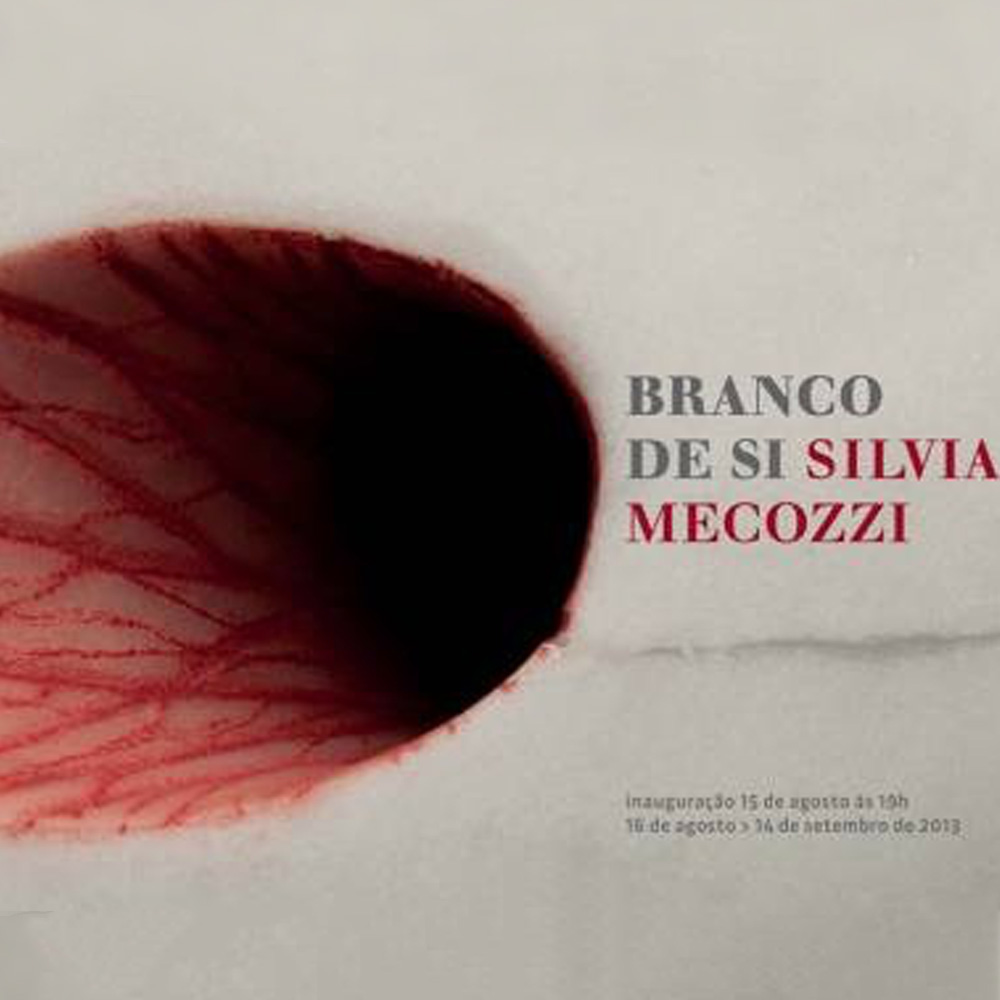 The characteristic plasticity of marble allowed the artist to engrave lines and create plains and depressions, as in a hand. In a circular format, the installation must be felt by the public, who can walk on the plates. According to Yuri Quevedo, who signs the text about Mecozzi’s work, the white and gray of the marble and the grooves that the work made on it, become ethereal and sensual matter, and intrigued by the light. “These elements keep their own secret within themselves, and the relationship between them seems to hide a history of relationships that are expressed in the relief of a desert […Space of affection and not of history. Frontier of what each body knows about itself]”, he concludes.

in the white of itself

It is said that Paolo Uccello, in the 15th century, when invited by his wife to go to bed with her, exclaimed: “Oh! what a sweet thing this prospect is!” In this sentence, with the ingenuity of his mind, the artist organized his daily life as he did in his compositions: the perspective not only as the ideal time, in which the unfolding of human actions gave him an accurate vision of a promising future, but also as a space that shelters the gesture, place of the historical narrative.

Silvia Mecozzi’s work records the palms of the hands and then sculpts their lines into the marble, creating reliefs. First, they are black and white photos that, when enlarged, show the tissue of the body in a frank and open way. Then, this tissue is deposited on stone slabs using an electric chisel. The artist engraves the lines of her hands and reconstitutes the qualities of a body in white; they are smooth plains and depressions imprinted on the plasticity of marble. The stone welcomes these grooves, showing them as part of itself. Contained in this action is the look of someone who sees the land after having studied the map. Knowing those two-dimensional lines, she ventures into the construction of real valleys and plateaus, facing the material of her skin and the marble.

In this clash, the stains and veins that make up the stone are revealed, as in the description of a landscape. The stones take the floor of the gallery, ceasing to be a hand to become the aridity of unexplored land. The white and gray of the marble, its smoothness, and the grooves that the work has made into it are now ethereal and sensual matter, provoking us to ask about the light that falls on them and no longer about how they are made. In the background is another piece attached to the wall, no longer a palm, but an organ form that has been chiseled and perforated. A foreign body that colonizes at the same time that it seems to tell the truth about that topography. This element and the floor hold their own secrets, and the relationship between them seems to hide a story that is expressed in the territory of a desert.

But they are palms, and the space that is created is that of the body itself. These are distinctive marks that, in this work, carry the belief that they can reveal the future to us and tell us who we are. Unlike Renaissance schemes, the image that is obtained cannot be measured, scrutinized, and revealed, it contains its secret in the gesture that makes it. Sculpting, creating with the hands the landscape of the body – and also that of the gesture – makes us see white and infinite space, no longer the stage of historical development. The body is made there, with topography from where its intimate territory can be seen. As the gesture that constitutes the work fades into the beauty of the material, the desert of palms appears. Space of affection, not of history. Border of what each body knows about itself.