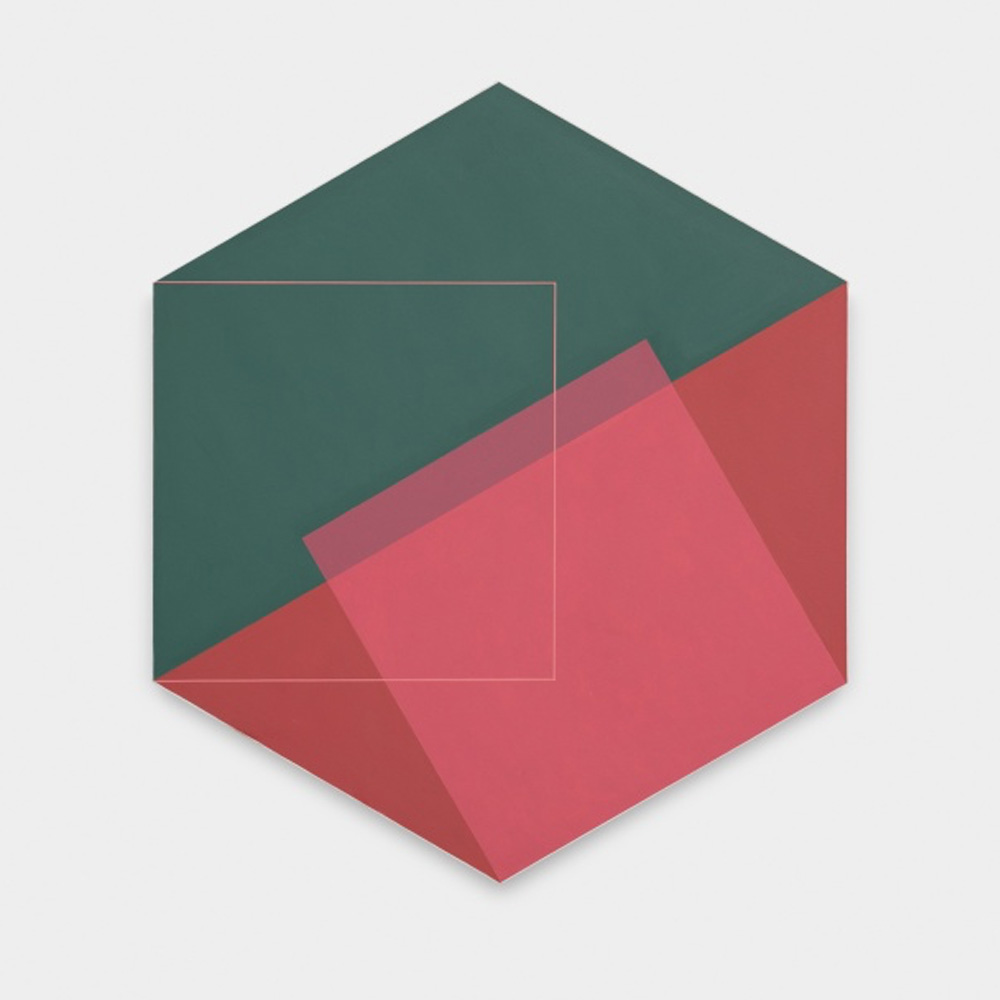 If in his last exhibition at the gallery, in 2017, the professor, painter, and designer Tuneu (Antonio Carlos Rodrigues – São Paulo, 1948) presented a series of works that had the hexagon as their common denominator, this time he escapes from a pattern unique, by bringing together different geometric shapes. Thus, the artist produces another chapter of his constant research around sensitive geometry, attentive to the relationships between planes and colors.

In Hive, a name that associates the hexagon with the figure of the rectangle, with expository text signed by the critic Fabio Magalhães, there are about four paintings and 15 drawings that explore the unfolding of shapes and colors on the surface. The critic cites more than once the relationship between container/content which, for Tuneu, concerns forms and their unfolding in space. While a triangle is a container as the defining shape of a canvas, for example, it becomes content within a drawing, a painting.

For Magalhães, the artist knew how to balance the poetic and the cerebral in his expression. “It escaped the constructive pattern and the predictable mathematical sequences; explored the possible unfoldings of form and color on the surface, and incorporated, many times, irruptions of forms in space (zones of tension), which stimulate the movement of planes and colors, establishing new visual sets and rhythms”, he explains.

If in the paintings Tuneu is interested in the relationships between colors through tonalities, which bring the planes closer or further apart, in the drawings the artist seeks contrasts. According to Magalhães, for the artist, colors form fields of force, light and penumbra – of subtle vibrations. “The work of Tuneu does not settle, it is always attentive to experimentation, to innovation. The artist explores new paths without abandoning the experiences acquired in the past. In this way, without losing memory and coherence, his plastic remains always open and with the freshness of a dawning day”, completes the critic.