the revolution has to be made little by little | part 1: diference and repetition 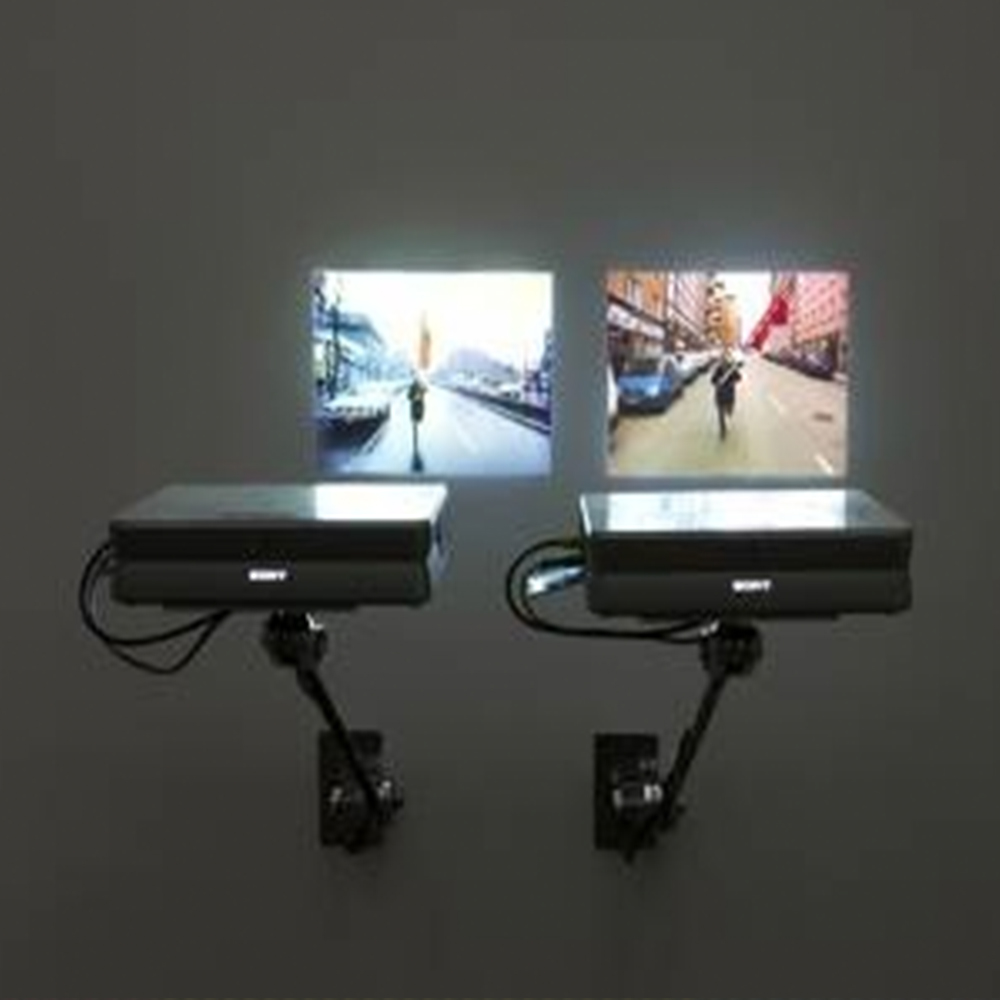 (an exhibition in four stages)

In his Practical Guide to deviance, Guy Debord argued that one of the most effective strategies of social insubordination would be the appropriation, or deviation, of phrases and concepts others for revolutionary purposes. Debord identified several types of deviations, among them the minor deviation, in which the appropriate words or phrases do not have their own importance, but acquire it by virtue of the new context in which they are used, and mainly the misleading deviation, in which the appropriate concept is intrinsically significant, but it takes on a different dimension and value in its new context. The phrase that names the exhibition belongs, of course, to this second typology: taken from a recent interview with Paulo Mendes da Rocha, in its original context it referred to the need for a revolution in the methodologies of civil construction and, metonymically, in the city and in society as a whole. In the new context, the phrase retains its fascination, but acquires other meanings, suggesting, first of all, the need for an art gallery to constantly transform itself, following the incessant changes of artistic production and (here too, one can -I was going to speak of metonymy, or even premonition) of society. Evidently, the greater and more prestigious the gallery’s history, the more pressing and arduous this task becomes…

The revolution, says the architect, has to be done little by little. The works gathered here, at first organized into smaller and conceptually more cohesive sets, and finally rearranged based on other criteria in the final rerun, in fact suggest a prolonged revolution, one of those that do not enter the history books, perhaps not even the books of history. art history, for the simple reason that they don’t begin and end, they just happen. And in fact, the choice of themes for the first three stages of the exhibition responds exactly to the desire to look, from different but complementary points of view, at the same universe. It is not by chance, moreover, that most of the works could perfectly fit into more than one of these curatorial frameworks: the revolution is magmatic, fluid, like a river that is never the same, and that, however, never changes. The decision to divide the exhibition into stages, however, responds to the desire to break away from conventions, such as the one that dictates, for a gallery, the need to exhibit only ‘its’ artists, or not to repeat the same work in two exhibitions. in a row, or even not trying to build a narrative that dares to expand beyond the few weeks that a conventional show lasts. Finally, get rid of the prejudices that could prevent revolution, the first of which, of course, is the convention that a revolution has to be quick, surprising and violent, when in fact it has to happen little by little, take as long as it takes. if necessary, occupy and change the world while no one is looking.

Before deciding definitively that the title of the first stage of the exhibition The revolution has to be done little by little would be Difference and repetition, a research was carried out, quite in-depth but relatively simple, to verify if, in fact, there have been others, with the same title, in recent years. And there was, of course, the last of which a few months ago, when the preparation of this was already advanced, and the title had practically been chosen. The coincidence, which in other cases would have been unfortunate, in this one ends up validating the decision to reflect on the issue, and more specifically on the way in which the idea of ​​a repetition that is, however, always different, constitutes a recurring theme, and despite this always open to new interpretations and readings, in the field of art and, more generally, of contemporary culture. The most direct reference, of course, is to the book by Gilles Deleuze from which the title was (in this and other cases) diverted, but another, no less important, is to Pierre Menard, the character in Borges’ short story, whose most astonishing undertaking it was not to rewrite two chapters (and part of a third) of Don Quixote, but to write excerpts from a book entirely different from Cervantes’s, despite the fact that the two are exactly identical, line for line and word for word. With the same pertinence, and in a way closer to what Deleuze himself claims, it could be argued that, in this, Menard did not demonstrate any particular skill, since, quite simply, it is not possible to remake something. The more equal, the more distinct will be two versions of the same work, of the same image and even, it is worth thinking, of the same idea.

In the specific context of the artistic production of the last decades, these questions do not leave the order of the day, to the point of constituting the central subject of the work of several artists, from appropriationists who can already be considered ‘historical’, such as Elaine Sturtevant and Sherrie Levine, even exponents of younger generations, for whom the decision to repeat, even with the inevitable differences, becomes a political act (Sandra Gamarra), a method of study and almost philosophical reflection (Roni Horn), or a passionate tribute (Jonathan Monk). For the artists included in this exhibition, however, the issue is not fundamental, and it is precisely this consideration that ends up justifying the approximation of their works, in a way emphasizing that, by pointing to both difference and repetition, what we do is emphasize the existence of a relationship. This notion is evidently central to Lisa Tan’s work, a series of portraits of ‘couples’ from books, the result of the fusion of the artist’s own libraries and the partner she came to live with. In some cases, the editions are the same, the pair is identical, in others, small or large disparities suggest that any relationship is born from the sum of differences and similarities, and with the challenge of surviving both. The search for a relationship is what also drives Mabe Bethônico’s O Colecionador project, for which the artist succumbs to taxonomic temptation (or mania), compulsively accumulating newspaper clippings with similar but never the same images, successively classified based on in extremely precise typologies, as if this archival fury could help her, and help us, to understand the world. A world from which the images of Haris Epaminenda bring us sparse fragments: by reproducing, with a Polaroid camera, photos originally taken in the 1950s, the Cypriot artist composes an elegy of the past, while taking the discussion about the impossibility to an extreme of reproducing something in different contexts and times. The swarm of Zeppelins conceived by Héctor Zamora, who already invaded Venice in 2009, explores other implications of the concept of repetition, as it is not only the result of the serialization of a form, but a work that aspired to become an urban legend, that is, , to be repeated, each time in a different form, until it completely loses all control over itself, becoming authentically public. Analogously, the strength of the nails designed by Carlos Zilio in the late 1970s for a series of serigraphs (again, the repetition, here through the bias of “technical reproducibility”) lies in the serialization, here evidently loaded with the political messages and metaphors that marked the best production in the country at that time, in a tacit but powerful invitation to insurrection. The same invitation that animated Gerd Conradt’s 1968 film, in which film school students run through Berlin with a red flag. By videotaping an almost identical sequence 25 years later with his students and projecting the two side by side, Felix Gmelin honors his father, one of the students/actors in the original video, but also points to the fact that , à la Menard, “my film is about something completely different [from the Conradt original], even though I repeat the same actions”. In the artist’s words, and surprisingly pertinently within the scope of this exhibition, Gmelin suggests that the main difference between today and the time when his father and Conradt made the original film is that they “were convinced that revolution was the method that could change the world.”