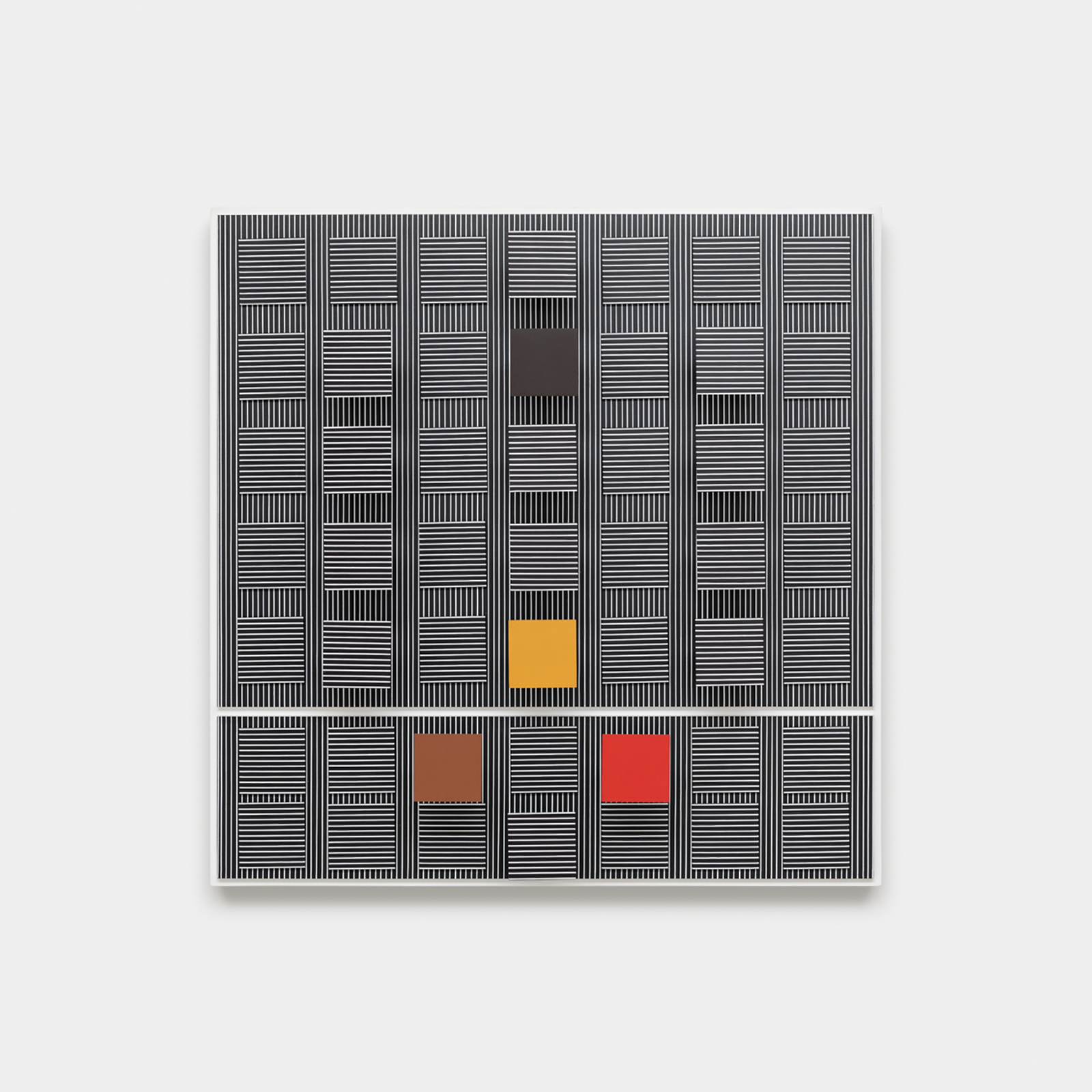 Click here to see all the works in the exhibition.

“Colors are the actions and passions of light”, Goethe.

Nevertheless, these artists are known primarily for having belonged to a movement called kineticsm, or kinetic art, which emerged in Paris in the 1950s. But not every artist resorted to machines to create the impression of movement. What is it, then, that gives rise to this sensation?

Colors and shapes are applied in a way that makes the vision dynamic. The chromatic interaction produces physiological sensations in the eye of the observer. The geometric shapes do not create the three-dimensional illusion of a classical perspective, nor do they arise based on a static gaze; rather, the sensation of movement appears as the viewer moves in relation to the artworks. They require a temporal experience and are never entirely revealed. Instead of being represented, the content is the outcome of the observer’s accumulated experience in the space in which the artworks are shown. The color occurs as an inherent quality of the materials used in the artwork, whether they be sheets of metal, silkscreen prints or neon lights. A large part of the works are made using industrial procedures, without the presence of the artist’s hand. The artwork’s constructive dimension is evident, and refers to the utopian potential of the vanguards that sought to effectively change the world through the artists’ activity in the public sphere, by allying art and industry. After World War II, it was possible to create a new world through the effective participation of artists.  Mehr licht!  [More light!] Goethe is said to have spoken in his dying words. The artists featured in this exhibition work with light in order to free color from its formal limits.