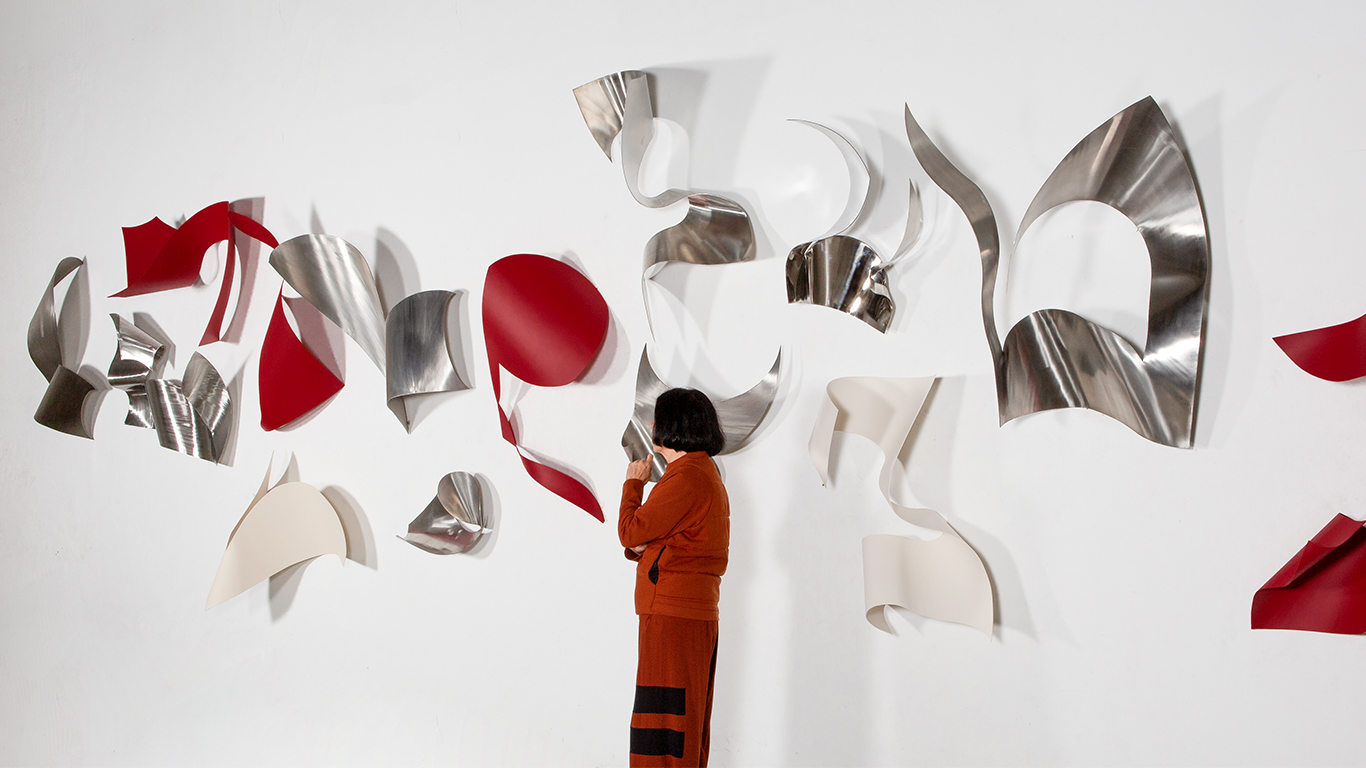 An exhibition is not a mere jumble of works brought together in good taste.

Through signs that build a text.

You don’t want it to be lost or sealed in personal experience, isolated from the rest of the world.

They are not to be kept under lock and key in the minds of those who generate them.

It is not just volatile mental matter that does not fixate itself anywhere or is inscribed on time and collective, social space.

They want to interact with other feats.

So, they aspire to be language.

Here, in Rubro, these sculptures, keeping thought-out spaces between them, relate to each other in order to create an active field.

A field that imprints a design onto the wall and onto the air.

Designs that are not materialized in steel, but insist on maintaining the same aesthetic presence of what occurs in the formed metallic material.

The non-corporeal – invisible, without sensory touch – is filled with space/air.

It is full of force fields acting on it. They stem from light waves, artificial light or sunlight. It does not matter.

In these spaces between the sculptural bodies, live the light waves and the forces of gravity that, freer, circulate in a horizontality that plays with the verticality of some of the steel points.

These edges describe a path, sometimes followed by the rest of the sheet that molds them, sometimes not.

Meanwhile, on the floor, lie the LÍVIDAS, mere pieces of paper cut in steel, white; clear volumes that try to emerge from the ground.

These, in turn, allow the confrontation between works and the spectator who, standing up against the sculptural population that exists in the masonry, lowers their gaze and is led to an encounter with the rigid molds of what was once pieces of paper that accepted the artist’s gesture, its transparent tensors and its insipid volumetry.

In this displacement of the gaze from the top to the ground and in the absorption of the sculptural horizontality granted by the architecture, impregnated by the forcefulness of RUBRO, LÍVIDO and PÁLIDO – the latter installed on the wide wall across from the others, isolated –, there is the mystery or the question of this OBRA RUBRA. 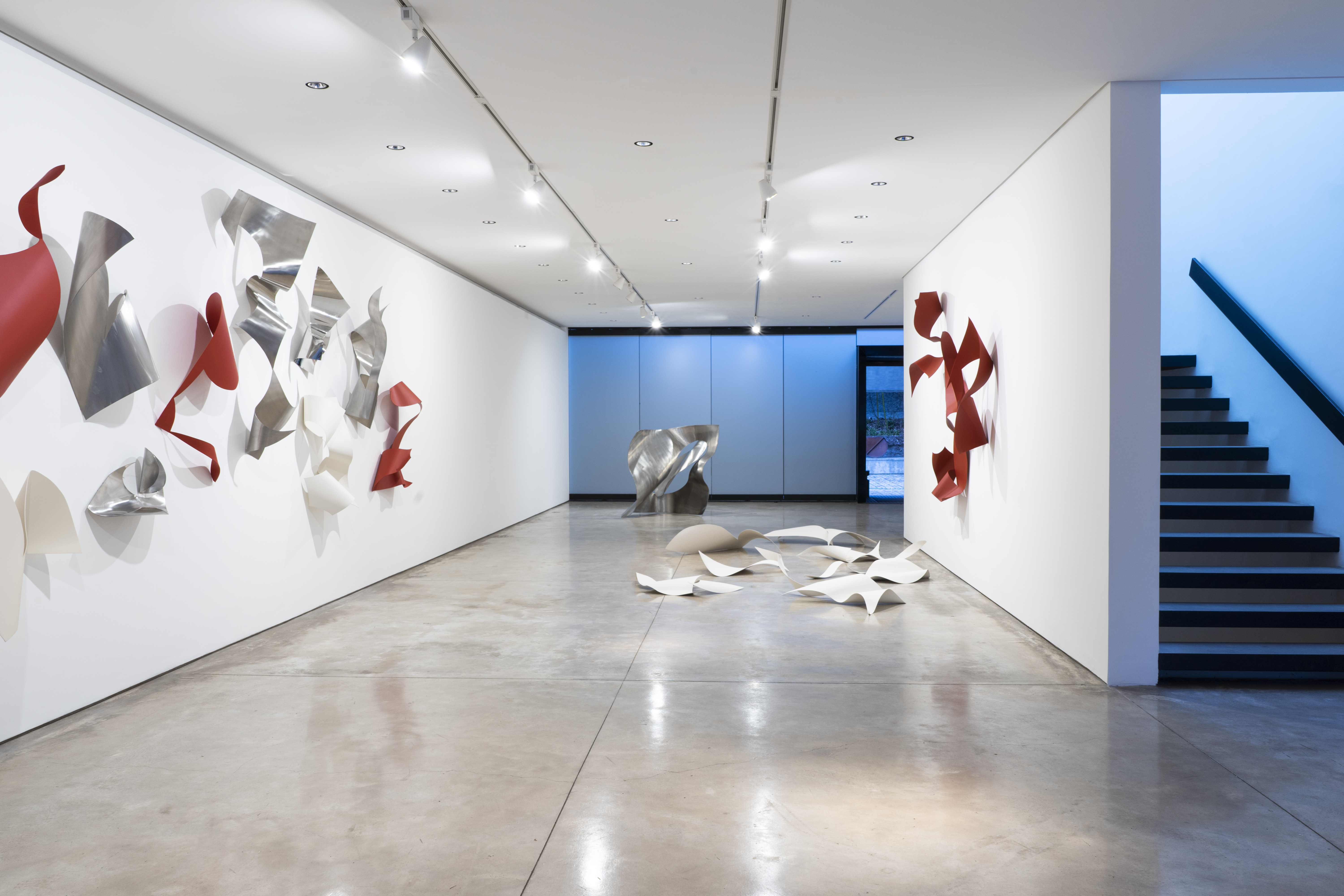 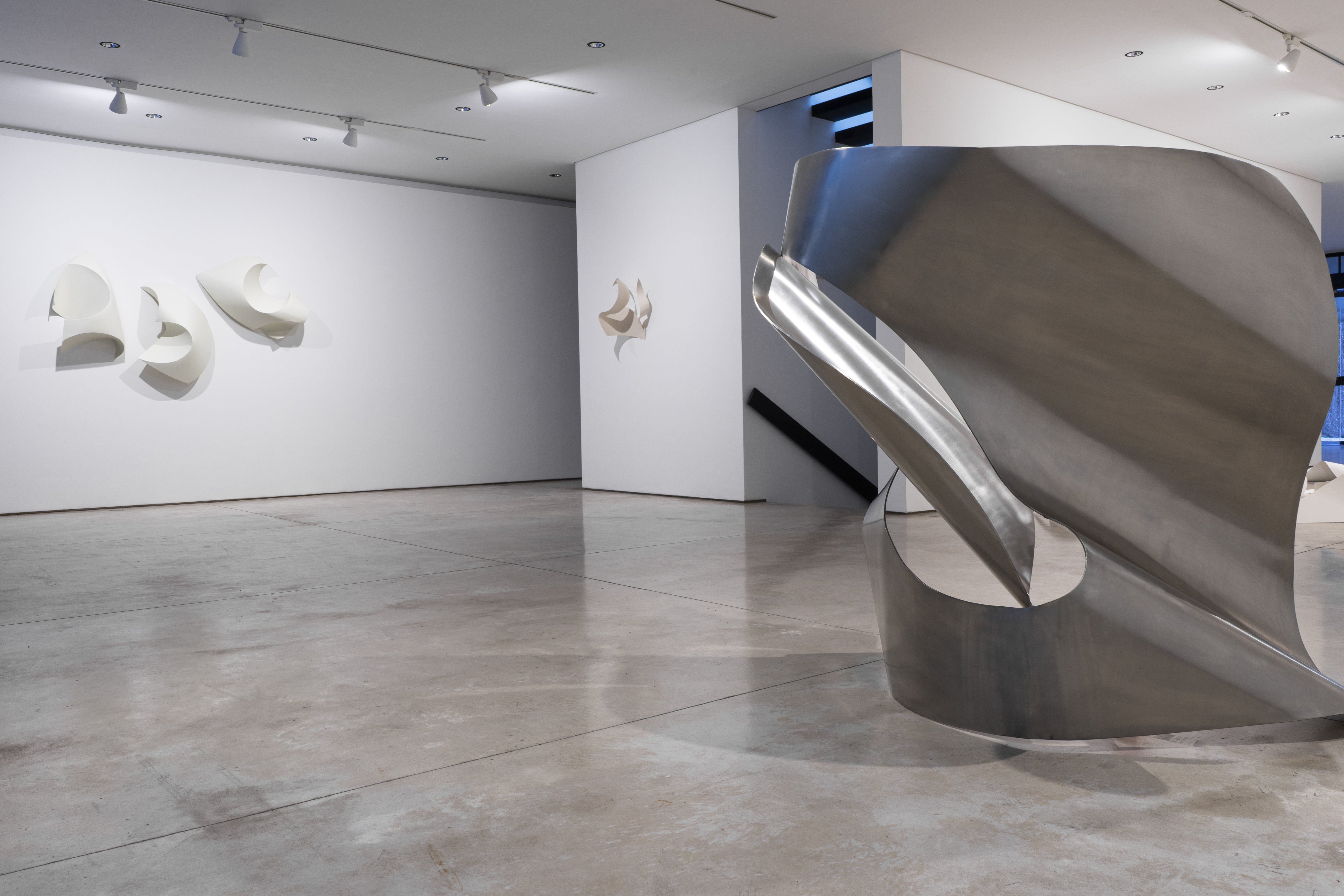 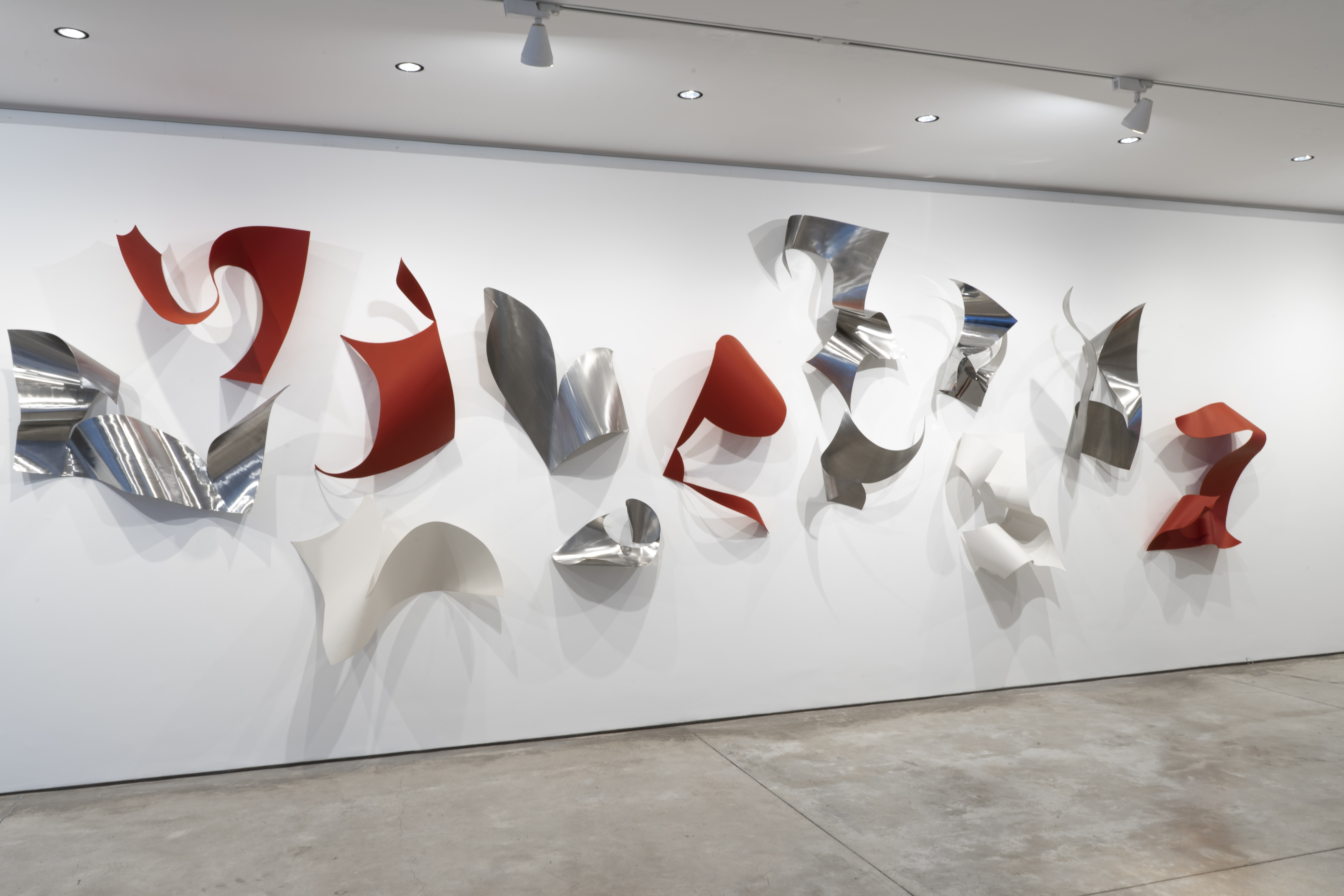