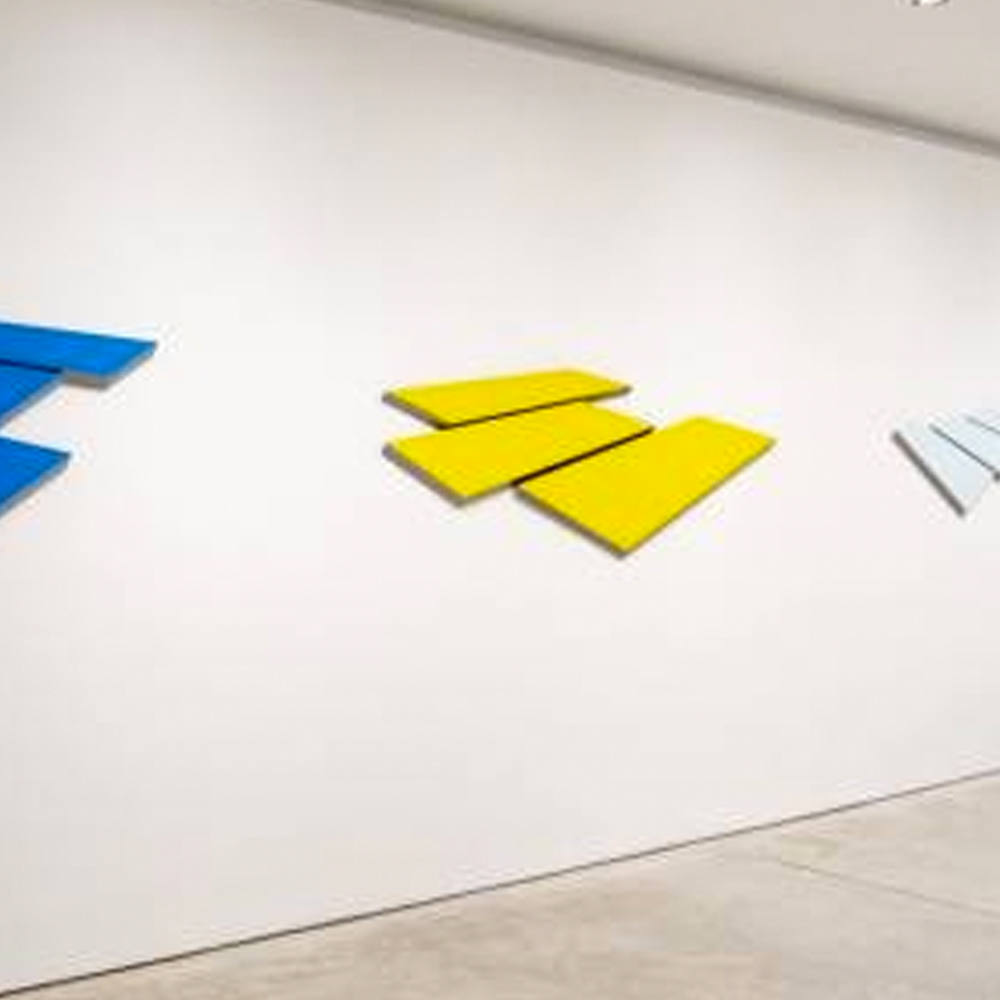 A color that, in the spirit of Theo van Doesburg, only has meaning in its own right. A shape that obeys the laws of geometry. A body that is directly related to its materiality and its plasticity.

These are the foundations of concrete art on which Wolfram Ullrich’s work is built. For the artist from Stuttgart, these elements are important but not sacred foundations. Even if its shapes and colors are ‘concrete’, they refer to something beyond; the plastic form advances like a surface of color without shadow, the three-dimensional volumes pretend to escape through the wall and, simultaneously, some vanishing points seem to shake their perspective.

Wolfram Ullrich’s works refer to the main vanishing point: the spectator. It is under his gaze that they reveal all the effects, it is here that they literally unfold beyond their limits and demand all the attention. This is particularly true of works composed of several elements. If we try to analyze them on the basis of their global shapes to focus on the distinct elements, we inevitably observe subtle inconsistencies that Ullrich fine-tunes. If, on the contrary, we start from a synthetic analysis of the different elements for the global form, the concrete forms inevitably disappear. The volumes begin to squirm in a systematic way. Depending on the viewing angle, they are either embedded in the wall or stand out, twisting, softening, and spilling over the narrow ridges of shadows, drawing closer to the viewer.

The formal rigor with which the artist creates his works presents unusual perspectives and brings a new dynamic. The artist aligns the rough brushed steel side surfaces with the same precision as his lacquered acrylic monochromes. They reinforce the distorted plasticity of the elements and simultaneously reduce the play of shadows, in such a way that the final forms appear almost two-dimensional.

The dynamics that we mentioned result from these antagonisms found in Wolfram Ullrich’s large formats, but also in his smaller works. They attract great attention because it is with the same rigor and the same sincerity that they seduce the spectator. They are both color and form, body and matter. Its meaning is clearly intrinsic, but it must also be sought much further, in the diversity of its references. This is emphatic illusionism, coming from the spirit of concrete art.