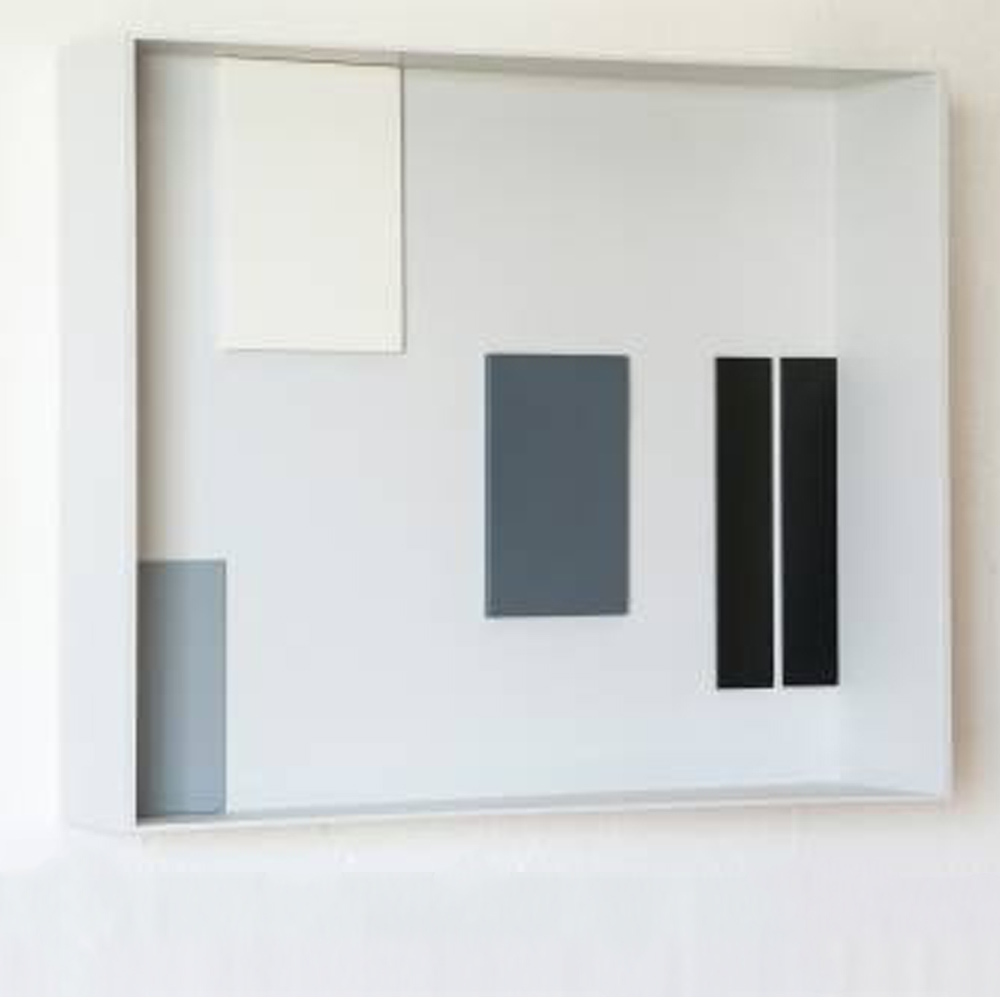 One of the most revered painters of his generation, Cassio Michalany presents his latest production on the gallery’s second floor. Famous for his paintings on flat surfaces, the artist conceived 15 new works that explore three-dimensionality for the Object Painting show. According to Cauê Alves, who signs the text for the exhibition, it is not a rupture in its path, but a process of maturation that finds in the box the possibility of reorganizing the three-dimensional space based on colors, lights, and shapes.

The interest in the variation between colors and the study of space remains present. Michalany continues to work on the juxtaposition and dialogue of homogeneous colored planes, the main hallmarks of his work. The boxes, mostly in small dimensions (40x50cm), were manufactured by the artist himself in his studio using rectangular pieces of wood of different sizes, each part being painted in a single color. For Cauê Alves, what stands out in the whole are the colored shapes and the harmonic relationship they establish with each other from a sensitive proportion. “Even when there is a certain imbalance, in which the composition leans more to one side or the other, the set has a kind of circularity that closes and is completed with the permutation of the shapes in the box”. But the critic emphasizes that it is not a mathematical law that regulates the work, but a space generated by the relationships between colors and shapes.

Regarding the use of colors, Michalany continues to work with a restricted palette formed by sober tones. In Pintura/objeto, the colors are not repeated in the same work or in the same position of the object, which, according to Alves, “gives a more dispersive aspect to the whole, each tone pointing in a direction”