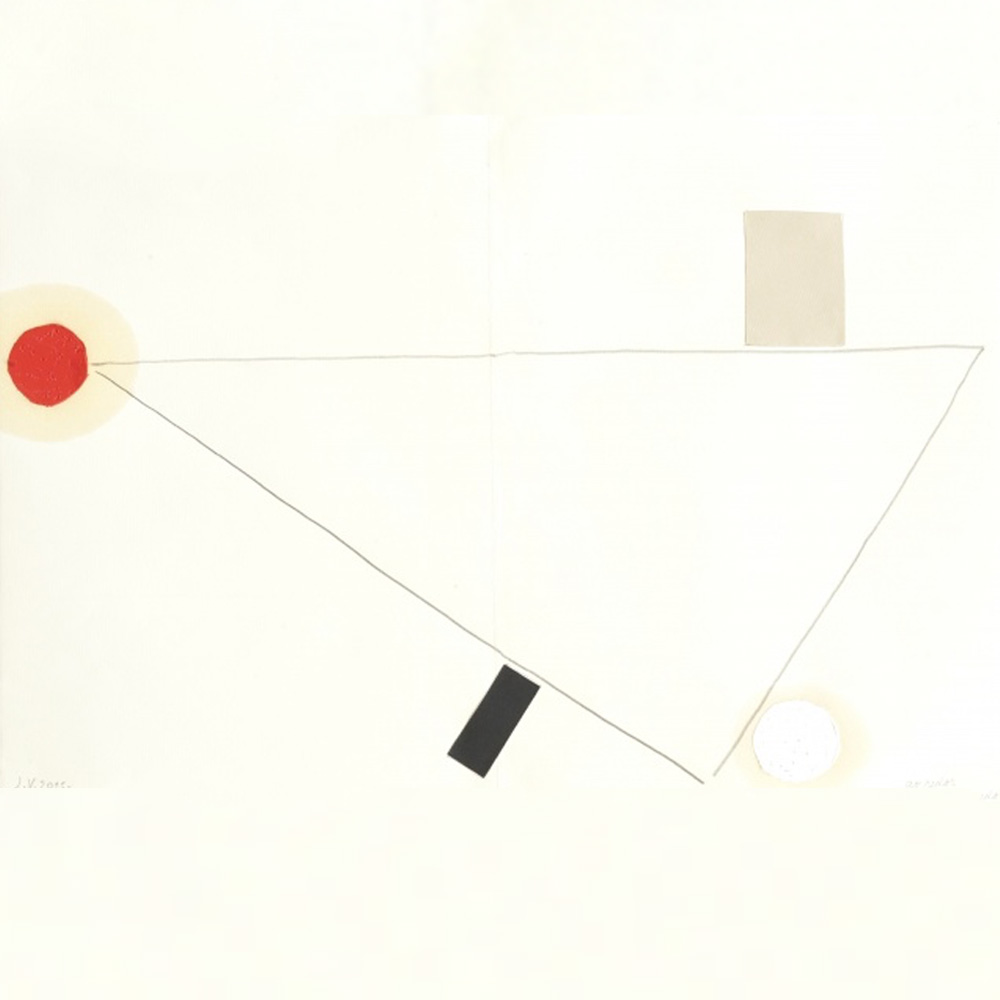 On the second floor of Galeria Raquel Arnaud, Julio Villani presents around 10 works, including paintings, sculptures, and drawings produced from 2013 to 2016, which reveal his mastery in dealing with the line.

The title of the show, “Oblique Strategies”, comes from a game developed by musician Brian Eno and artist Peter Schmidt, a kind of i-ching intended for artists. Each card contains a prescription or cryptic phrase: “Change the function of objects” “Always the first steps” “Ask your body”. If Villani, who was a student of Schmidt in London, uses the title, it is one of the letters that he refers to more particularly here: “Repetition is a form of change” (in the original: Repetition is a form of change).

Quadrados Moles, one of his most recent productions, is a sculpture with a square base, composed of eleven edges, whose structuring allows it to adopt different forms. “A rigid drawing transformed into a malleable object”, says the artist. The entire edition is presented side by side, jumping from the horizontal plane to the wall, so different each time that it makes us believe that they are different sculptures. Repetition is here decidedly a form of change.

Three large-scale paintings (acrylic on canvas) reveal the precision of his geometry, but it is his drawings selected for the show that show the essence of his language. The designs bring vertical and diagonal lines that balance in space. Presented in sequence, they denote the intention of variation on the same theme: “architectures of collapse”, says Villani. The idea of ​​imbalance permeates the works, in such a way that, for the artist, removing a line could lead to the collapse of the entire structure.