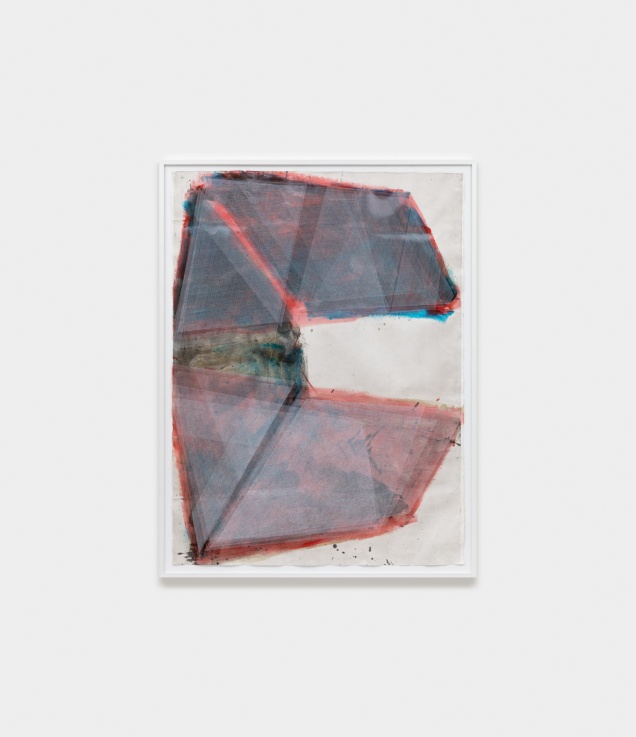 The exhibition Um corpo impermanente, in partnership with Rio de Janeiro gallery Mul.ti.plo Espaço Arte, actually consists of artworks which, as bodies, are measured with our own scale and use architecture as a mediation.

The space of the gallery is particularly interesting to Croft, due to the particularities it presents.

In this immersion, the “bidimensional works (prints and drawings) seek to determine a form, delineate it, which is an inglorious task since it is not yet, or is no longer” – the artist says. After all, they are bodies under construction, composed of planes and lines. Vectors that complement one another, and which are simultaneously nullified.

They arise from the same structure that is repeated and is changed, on a path that aims to be straight, to widen the spectator’s possibilities from there.

There are also tridimensional works. Onesculpture that is like a column, a crossing of two transparent planes, rises obliquely and unstably from the floor, nearly touching the ceiling of the gallery. Glass elements delimit the “interior” space of this crossing in games of false symmetries, of obstruction with transparencies and reflections.

The impermanent, fragile and larger body that arises is provisorily contained by the architecture.

Another sculpture, this on in a corner, repeats a crossing, clinging to the architecture like a prosthesis. The void and the mirrors reecho and multiply the structure. Portions of space are simultaneously activated and displaced. By the height of the installation, our body is involved implicitly.

Art critic Luiz Camillo Osório, looking at the artist’s recent works, sees the presence of an architectural thinking in reverse, in which gravity is confronted in the name of lightness in a curious sort of material fabulation: in which the materials used seem to contradict their original vocation and always assume a spatial perversion, involving voids and mirrorings, making us see possibilities of the material and the surrounding space, which initially appear to be closed off to them, the professor adds.