jorge molder | there is nothing to tell me whatever it is 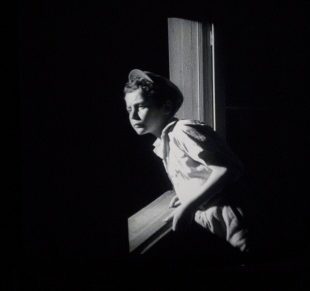 The photographs by themselves don’t narrate,they only preserve instant appearances. Even so, they convey a link with a given situation, they offer the “click” of a jagged aura. Image is understood as a crack, an interval before which we wonder about the before and after. And the answer is on hold…

Jorge Molder is a photographer who thinks of his art as a form of a question. Inquiring artist. In this sense, he is not interested in the reality from which arrests the start, as the demand is that they become “imagos”, cuts that provoke interest and doubt. Attracted the observer to what is not shown, the suspense is maintained.

Attention is drawn to the homogeneous atmosphere that permeates this series, purposely framed in noir. People and shapes emerge from the dark space, with an air of autonomy, but are woven into a plot that leaves marks and feelings. Almost always perceived in stillness, in a state of solitude, even when the characters are in motion.

Perhaps that is why the visitation to the face is so recurrent in these photographs. In addition to being a clear fixation of the artist, it is a traditional synonym for a window to what you feel. It’s up to the photographer to be on the lookout. The counterpoint of the hands (sometimes stained with oil) to the set of faces also stands out, as if the former played a questioning role in relation to the latter. Disquieting contrast.

In this exhibition, there is a strong belief in inner silence as a way of knowing people and things. It even becomes an essential condition for enjoying this call to introspection, to the silent conversation. Which even asks for the renunciation of the world of words in order to understand what is seen. Whatever the narrative attached to the images, Molder warns from the title: “You don’t have to tell me / whatever”.

Here is an artist of questions, without waiting for the answers.