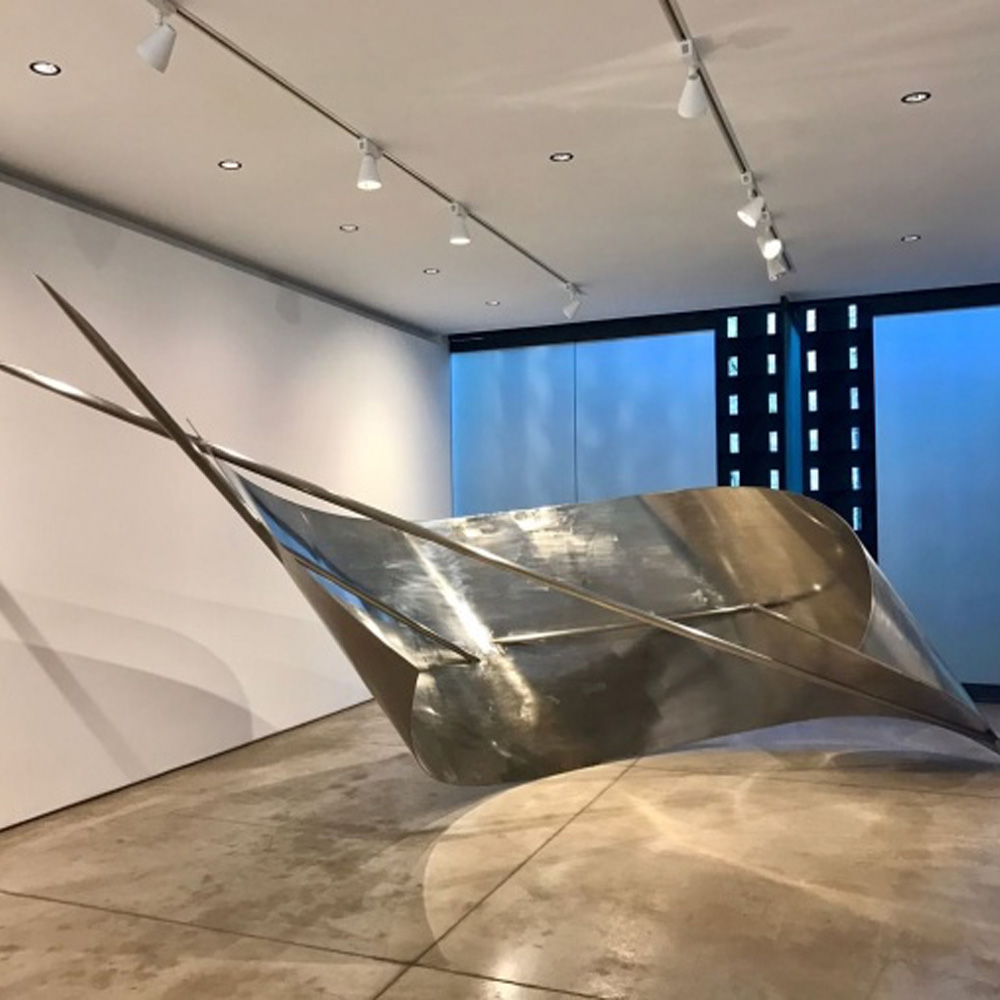 Iole de Freitas brings to his show at Galeria Raquel Arnaud three large-format sculptures and about seven smaller pieces, all made of steel. The works presented required extensive research, and calculations of support points, inclination, and resistance leading the artist to create tools to work the steel plates used in the works. Iole points out that steel, despite being resistant and industrial, allows itself to be molded, and takes on new shapes, surprising herself and the viewer with its possibilities. The exhibition text is signed by critic and art historian Elisa Byington.

The investigation into the occupation of the architectural spaces of museums and galleries, one of the key points of the artist’s production, is evidenced in the show by the spatial experiments that explored the relationship between the horizontality of the gallery’s volume and the positioning of the works. Pousadas on the ground suggest an intense body reality relationship between them and the spectator.

In the other works presented, sculptures in a smaller format, curved folds appear in the flat steel, as a central element of the poetic force of the works. In hand-brushed steel, the pieces reflect the diffused light in the environment. Thus, despite their density, the works provoke a sensation of lightness and movement, striking aspects of the artist’s production.