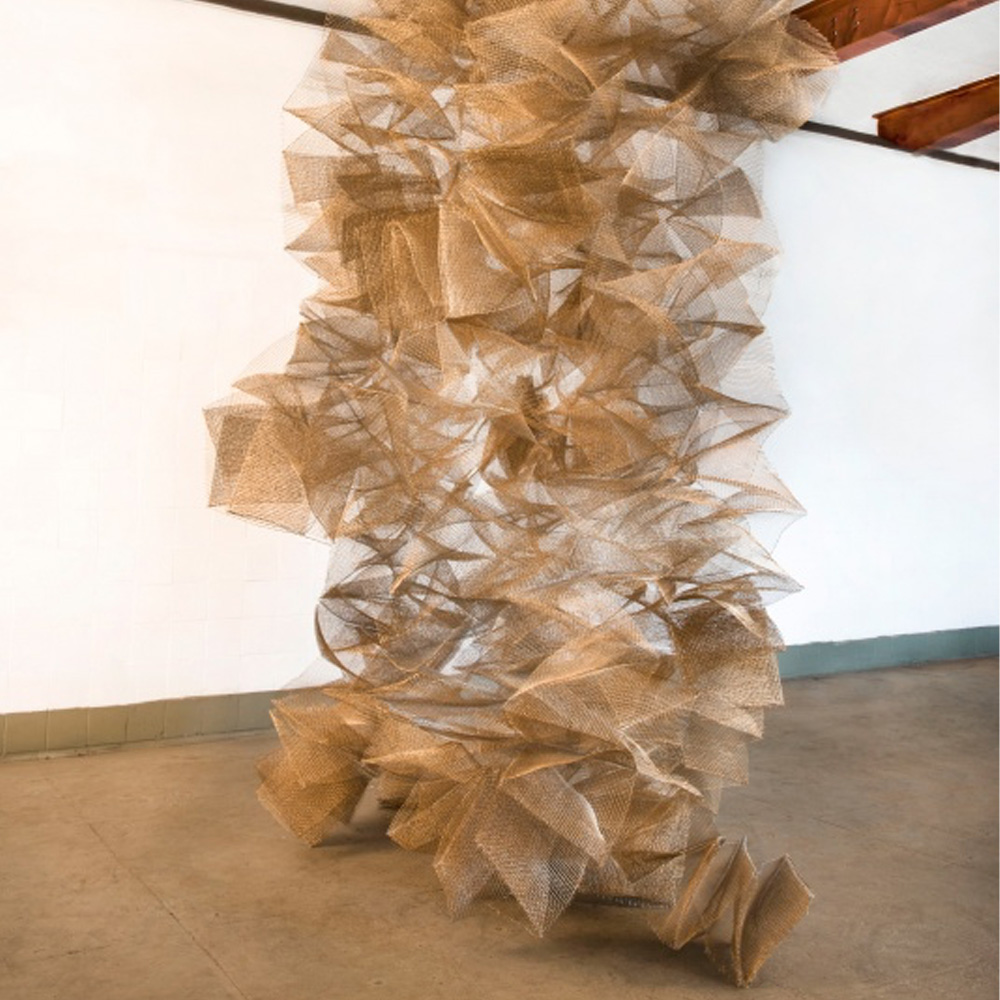 Frida Baranek in her new individual brings the unprecedented series Liminalidade. In 2014, when she opened Change Game in the same space, the artist used the memory of situations and objects as a starting point for the development of the works. This time, the carioca based in the USA, who frequently works on issues related to balance and imbalance, started from a more radical and sensorial experience for the realization of the sculptures that she presents in this exhibition: she participated in a parabolic flight that simulates the absence of gravity or gravity. zero.

According to the artist, the flight brought the understanding of how acceleration is the engine of absolutely everything and the guiding thread for the creation of her current poetics. The approximately nine sculptures that make up the series are baptized with the same name as the show and have metal as their dominant material, an element that has a strong presence throughout his production. Frida sought to develop her liminalities in the interlude between two different states, that of intuition and knowledge.

The works are born as garlands produced in galvanized steel screens or iron wire mixed with other materials – acrylic, wood, and paints. Compact at first, the works unfold in an almost organic process that involves curves and acceleration. “The works in this exhibition reflect how space is singular, how incompleteness is necessary, how there is no separation between inside and outside, how the act of observing transforms what is observed, how chaos is omnipresent, how emptiness is the whole. , but not everything is empty, as causality is universal and, finally, as matter occupies and informs space in which way to curve, and space shows matter how to move”, says the artist.

For the critic Raphael Fonseca, who wrote the text for the show, “I also like to think of these works as an invitation to review the divisive and protective character of the original use of these canvases. Poured into expressive sculptures, it seems inevitable – in the light of recent historical events – to look at their surfaces and not also see a discursive dimension in them. Far from dividing, these sculptures add up and multiply – both as forms in space and as an invitation for other eyes to explore their textures and think about the many limits they try to impose on us, but we must bend and reassemble each one in its own way.” she says.