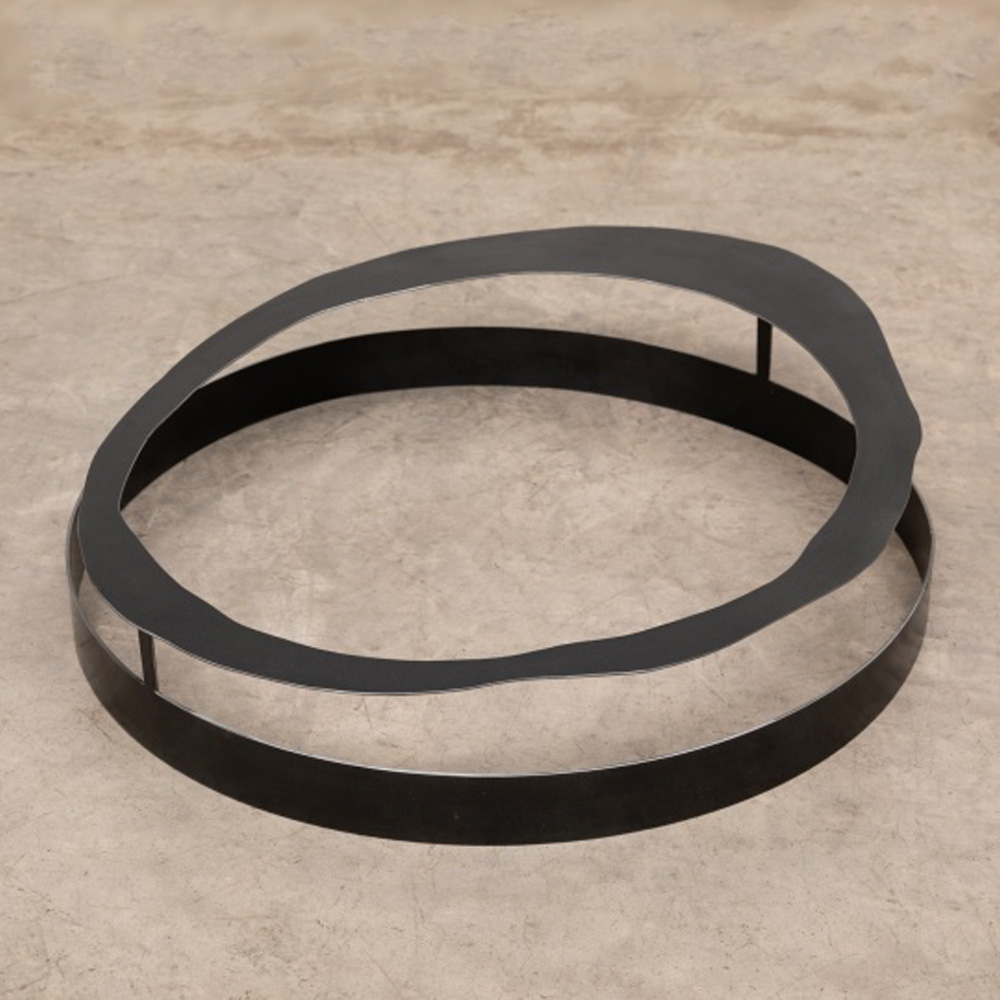 The Duplos os Lugares show bears the same titles as two exhibitions (Os Duplos, 1989) and (Do Lugar, 1997) held by Ester Grinspum between the 80s and 90s. Galeria Raquel Arnaud brings together four pairs of iron sculptures, four ink drawings that talk to each other, and one oil stick drawing, a synthesis of the dialogues in ink. It is already recognized how drawing is a seminal thought in Grinspum’s work, from his graphic work to his sculptures. Sônia Salztein, in her text for the exhibition, adds: “Perhaps it can even be said that this work takes place in an undefined region between drawing and sculpture and that its crucial challenge is to maintain a controlled tension between these two places”. The show points out other issues, such as dialogue and delimitation, which also mark the artist’s production.

“In the austere vocabulary of elementary forms that have been decanted over decades of patient cutting in Grisnpum’s graphic works – in which full and hollow circles, parallel bars, hatched rectangles, and jars are distributed in a white desert of paper – it is mostly less distance between these enigmatic forms than the work itself takes place”, says Salztein. For critics, the constellation of signs appears too laconic to configure a bundle of relationships, to share a common space, a community of individuals. “The disjunction, the lunar distance between them – and, conversely, the suggestion of a flow of exchanges that are announced, but that is permanently suspended – is a substantial part of this work, whether in the sculptures or in the drawings”. For Salztein, “the sculptures carry to the surface the same surface logic of the graphic works, the mysterious proximity to writing, a proximity that in fact silences and disarticulates at a step of writing”.