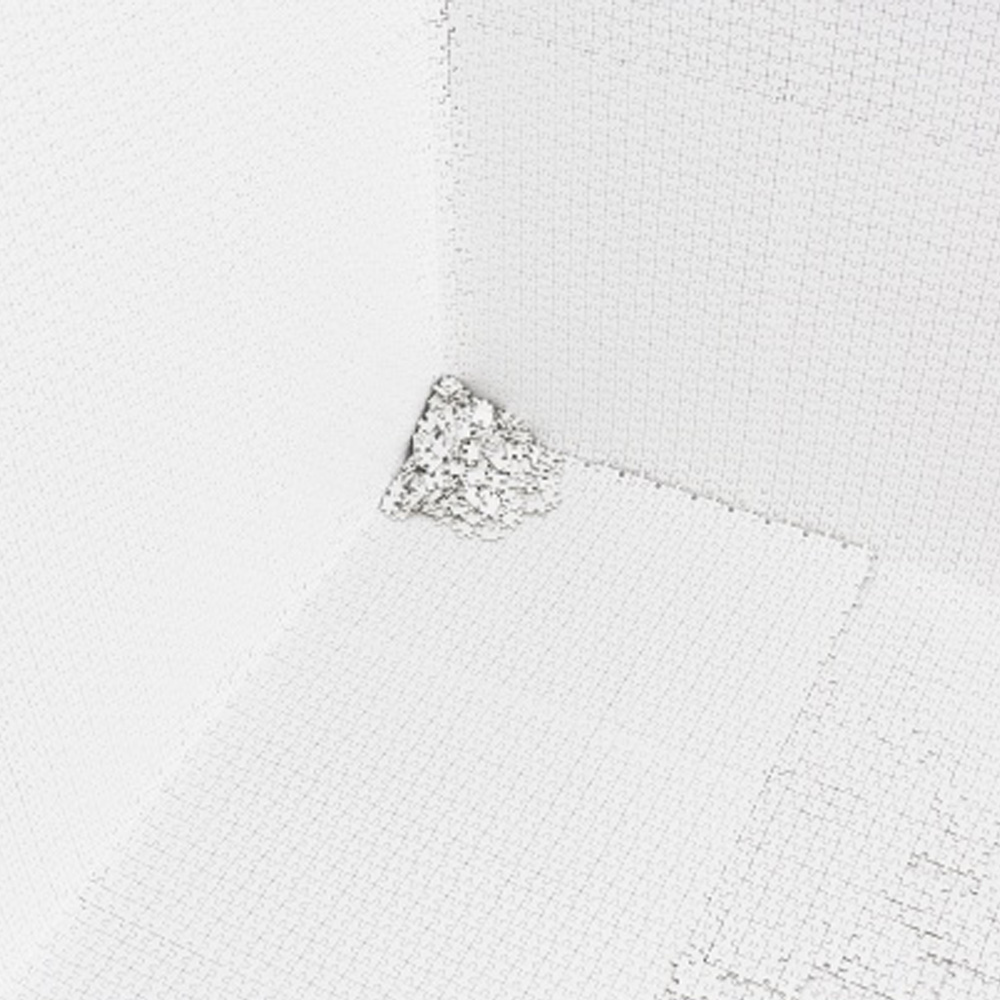 Ding Musa presents “Parenthesis”, his third solo show at Galeria Raquel Arnaud. The exhibition, with a critical text signed by the curator Josué Mattos, brings not only the artist’s renowned photographs but also installations, objects, and videos, consolidating a path of investigation through different media, as the artist has been doing over the last 10 years.

In a formal definition, the parentheses in the casework for the gaze. “That’s because the gaze of those who pass by the works must be launched overflights, without losing sight of landings stopped in parts, with few escape points”, observes Mattos. According to the critic, the free movement of the gaze is interrupted by images of walls and floors that comment on something central in the artist’s production: the complex condition of the construction unit and its negotiations with extractive systems that promote scarcity of work, land, and housing.

The installation Spatial construction unit, formed by a sound box that amplifies (using a microphone) the ticking of a wall clock, welcomes the visitor. The work is part of a series in different media entitled “Construction Unit”, where the artist uses metaphors to discuss above all the aesthetic construction in art. The apparent formality found in the photographs in this series, which depict elements of civil construction, is the result of an investigation into the space of art or the ways of knowing and accessing knowledge through aesthetics. According to the artist, they are an investigation into the self-construction of man in general. “I work a lot on this concept, I use several metaphors and, to talk about it, I gather building materials, grids, grids, three-dimensional cubes, common and recurring things among many artists who influence me, such as the American minimalists. This seemingly more formal thing has a strong political charge.”