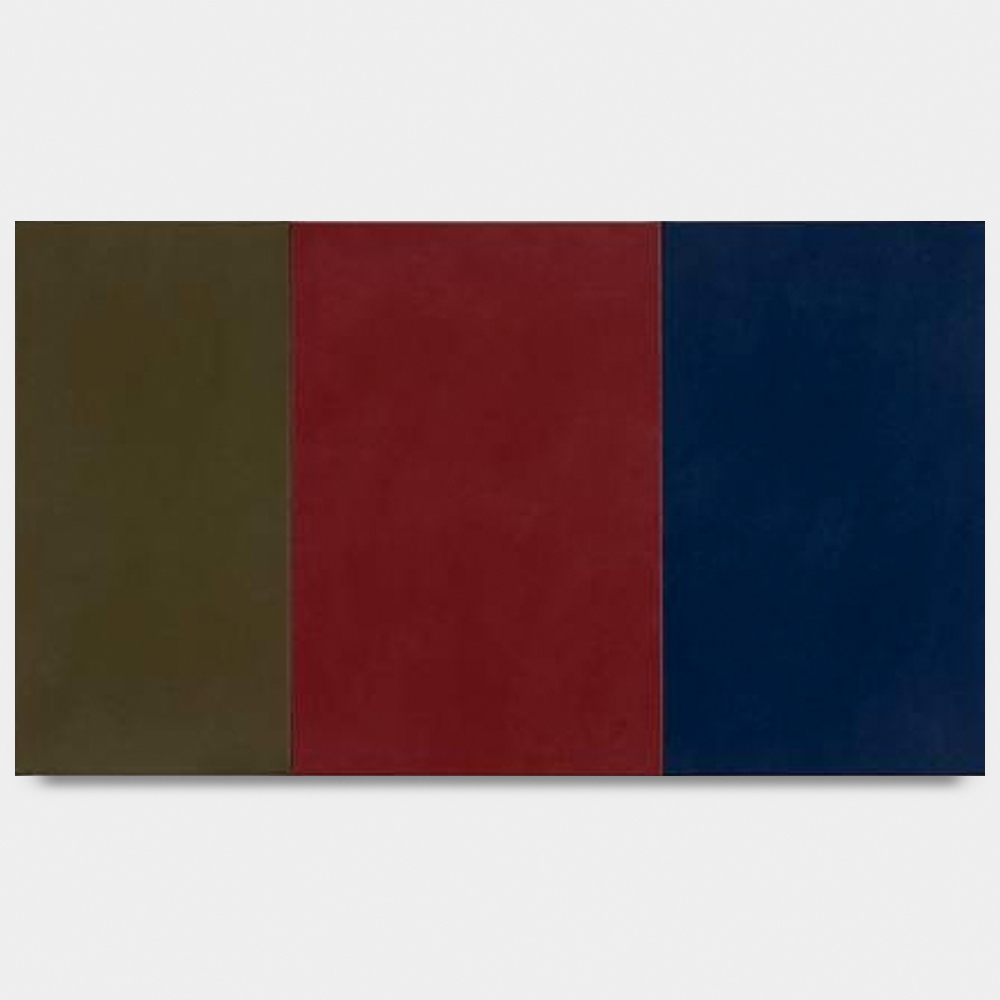 Cassio Michalany’s work reveals, through repetitions, possibilities of change and alterity. In each exhibition, in each set of paintings, there is always a degree of regularity, in the succession of things with identical aspects, and another of intermittence, in which the commutations and differences in the behavior of the units in the various combinations are revealed. That it has been like this for about 30 years, with a strict economy of resources and procedures, says a lot about the austere character of the work. But it also underlines the engagement, with a sense of ethical commitment, in the production of simple and direct forms, whose foundation is on the surface, in the uniform extension of colors that jump the space at will, in volatile ordinations and without claiming novelty, while instituting conditions of individuation. Until repeating is going from one remarkable point to another.
Despite its frankness, the work cannot be grasped in a single stroke, or from a single point of view. Painting works by multiplication and mobility, taking the form of serial structures, composed, one by one, by two or more monochromatic and autonomous elements, in order to establish relationships, or rather, to open relationships between the parts, as that the set is distributed in a room. It is therefore recommended a look that is concentrated, attentive to subtleties, and off-center, connected to the surroundings, at the same time. After all, there is nothing here other than these areas of color, organized in modulations of supposed monotony, but what they perform together, never by optical effect, only in the support of asymmetrical balances, in their totality ruled and variable, thus disconcerting from those first impressions…
So, apart from the precise calculations, the standardizations, and the sequential reasoning, what is mathematical about it, since the 1st order of the factors does change the product? Now, the work sets the
rigor of the method, but still wants the palpitation of its system. Hence the distension of the bonds, the sliding of positions, the voluble approximations, as if the colors gave place to each other, as if they were testing junctions, and proximity, among so many possibilities. The game of permutations thus restores the singularity of each part – due to the fact that the colors (delimited, painted separately) are pronounced in different ways, according to the situation in which they find themselves – and thus conquers the singularization of the parts. structures – since, from the outset, the process avoids generality, far from (considering the hypothesis of) exhausting the combination alternatives.
Finally, these homogeneous and serial surfaces are too manufactured, from painting to panel assembly, to be confused with the result of industrial production. Which does not mean that they are the expression of a subjective experience, on the contrary. The anonymous appearance of the work corresponds to the mere filing of stretches of canvas and wood with paint – it is more like a workshop occupation than a brushstroke ingenuity. Colors are also impersonal, they do not constitute a ‘painter’s palette’; they can either come from the debugging of mixtures defined by the artist or come ready-made from commercial catalogs. Be that as it may, equally important or, conversely, equally unimportant, they are presented in these paintings without prioritizing anything or taking into account meanings and classifications (either hot or cold or complementary) that could be attributed to them based on color systems. Because Cassio Michalany’s structures assert themselves as a physical fact, without rhetoric. And what spreads through the environment where they are is a vibrant silence, resonance, perhaps, of the juxtaposition of one thing to another.