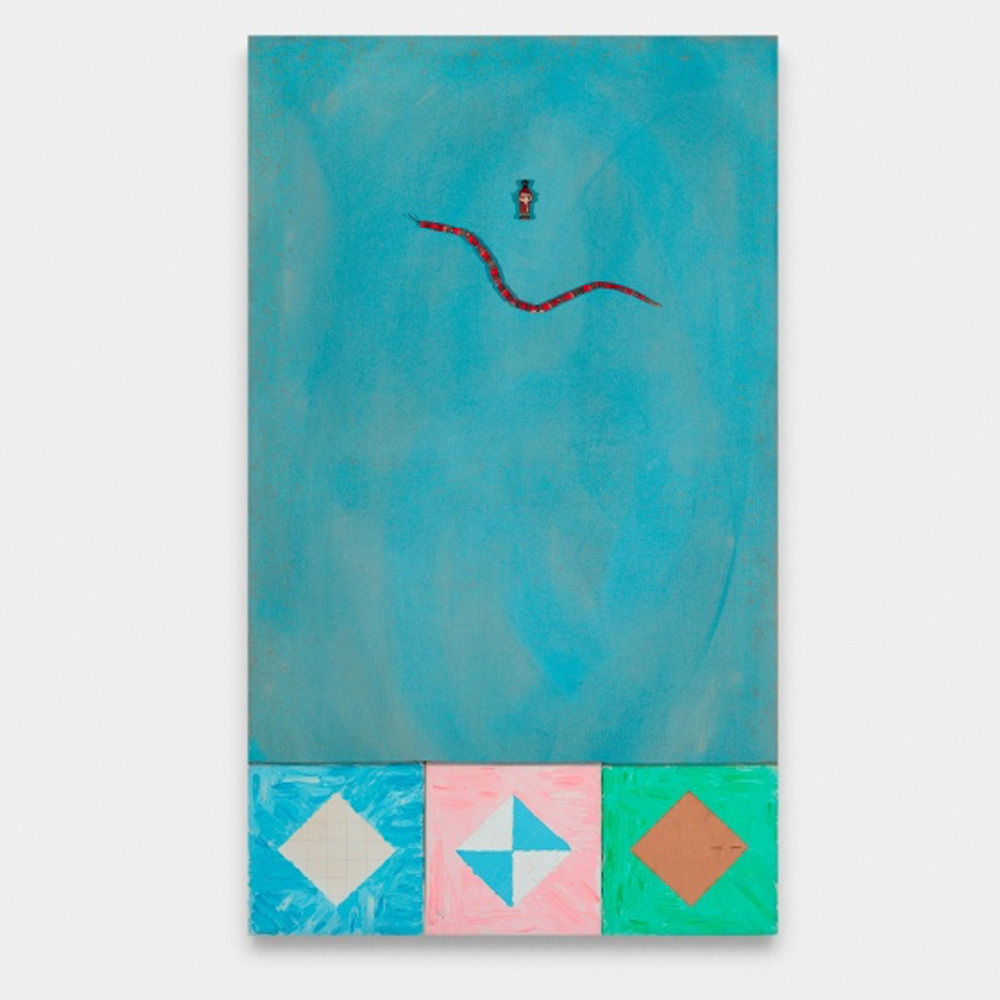 This set of paintings marks the moment when I decided to choose painting as the main support of my artistic activity.

After a beginning linked to the so-called New Brazilian Figuration, in the second half of the 60s, and later with a production related to conceptual art in the 70s, there is an interval from 1976 to 1980, when I live in Paris and face questioning about the History of Art and its relationship with painting. For me, in this period, the tradition was something to be rejected in the face of the blank slate that avant-garde art demanded the constitution of the new. My experiences in this phase, as well as the growing critical look at the evolutionary and mechanistic meaning of this avant-garde conception, made me review references on art, starting to privilege painting as a practice capable of establishing a link between History and the present, going in the opposite direction of the belief, so widespread at that time, of the death of painting. From 1978 onwards, painting became the object of my artistic production.

Carried out between 1978 and 1986, these works expose the genesis of the process. They try to establish the bases on which it would be possible to build a pictorial practice, seeking to face cultural and language issues in order to formulate an original language. From the beginning, I established a program that is based on the idea of ​​painting the painting. That is, to face cultural and language issues directly involved with the pictorial work, in order to generate an original response in this clash.

Color is necessarily one of these issues, but also the question of the format of the canvas, the density of the paint, and the way in which it impregnates the support. The canvas A querela do Brasil seeks to define the basic resources for painting: the demarcation of the plane, the collage, and the chromatic surface. Tico-Tico no Fubá is the archeology of painting with the delimited orthogonal mesh, as well as the line, the point, and the curve in the definition of space. Delírio de Thales acts as another possibility of geometry as if the plane and the line were transgressed by chromatic curves that nullify the limits of the canvas in an incessant continuity. Submerged explores the opposite extreme and exacerbates all the elements of the painting through the evidence of the landscape (in this case the water lilies, a theme dear to Guignard). Day after day and The fall of the anteater (a motif that I have revisited in the last ten years) works by erasing the landscape, preparing the ground for a long period of abstraction that would begin shortly afterward.

In this way, these canvases form a synthesis of the first steps of an already long pictorial process demarcated by the circumscription and analysis of certain formal questions that, once exhausted, seek to establish new questions and other challenges in order to establish a permanent pictorial act.