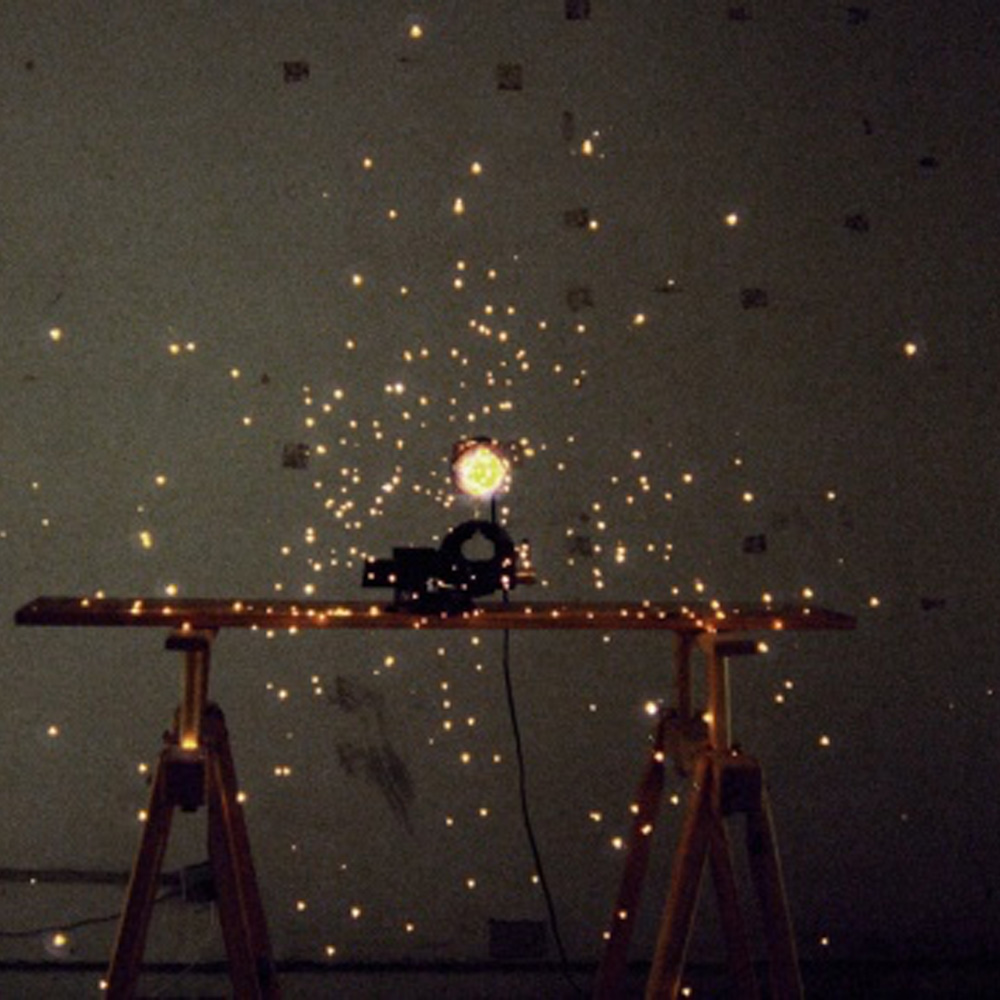 In Fototaxia, an exhibition by the plastic artist Carlos Nunes, the techniques are diverse: collage, assemblage, and performance. In all of them, the energies of light, fire, the gravitational field, and the geometric impulsion form the artist’s poetics. As the curator, Ricardo Sardenberg, states, the imagination reverberates these natural forces mostly in industrial objects. In Lampejos, the artist, through direct action, as in a solitary performance – which can be seen on video in the exhibition – prints the result of small short circuits on paper. “Lampejos are records on paper of a momentary flash, or a fleeting idea, at the time of the collapse of a system”, emphasizes Sardenberg.

In another series conceived along with the date that gives it the name 03/01/2017 to 27/09/2017, Nunes leaves folded papers for nine months at the mercy of daylight. The expansion of time will determine the geometry and tones that the fold caused in the paper. The curator emphasizes that, in the opposite field of Lampejos, this work absorbs energy in an expanded time that acts to erase what we could see before. “If in the first action, in Lampejos, we have the artist’s interference on the role mediated by the performance of inducing a short circuit, in the second we have the opposite, rest, the artist’s denial of acting. Time acts. It is the sequences of days that finalize the work”, says the curator.

Between Lampejos and 01/03/2017 and 09/27/2017, the exhibition unfolds in “actions that twist energy, or the activity of working, even in the infinitive, as sculptural material proper to the artist’s work”. A ball of paper burns and from its ashes Nunes creates a geometric design; overlapping sheets of parchment paper cause a gravitational geometric field that sometimes pulls in, sometimes out of the paper; rubber bands are suspended and tensioned by the pressure of a glass sandwich; in the video, steel wool attached to a fan motor draws phosphorescence in the air. “Nunes is a sculptor who sometimes carves or chisels the invisible stone of energy, leaving marks, objects, and actions along the way”, adds Sardenberg.