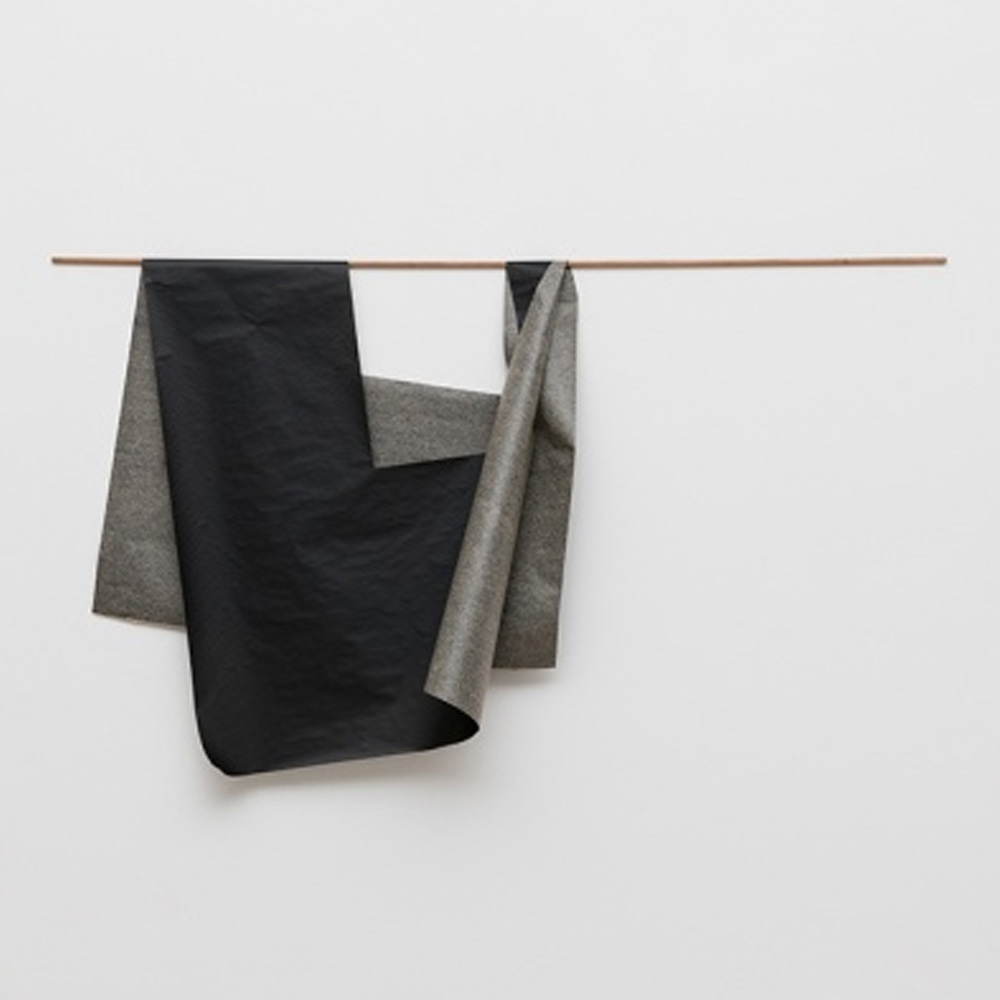 Carla Chaim’s work, be it a drawing, a video or an installation, bears the marks of the difficulty of the process, and its beauty derives, first of all, from the still palpable tension between the purity of the initial idea and the way in which, when executing it, Carla always creates something unpredictable and unexpected, a dense work deeply contaminated by the world.

Excerpt taken from the artist’s first book to be released at SP-Arte, by Editora Cobogó

In her second solo show at Galeria Raquel Arnaud, “A Pequena Morte”, Carla Chaim brings together new works on paper, video and photographs. The motto of the exhibition, which will occupy all the spaces in the gallery, is mourning, death and, at the same time, the success of pleasure. “How to begin to perceive again the thin skin that separates the external world from the internal world, a boundary between bodies, between worlds. ‘The little death’ can deal with endings, endings or conclusions of experiences and ruptures, but also ‘the little death’ or la petite mort in French, refers more broadly to the spiritual expenditure that occurs after orgasm, or a short period of melancholy or transcendence, as a result of the expenditure of life force”, explains Chaim.

In order to seek a new approach to the expanded thinking of drawing, Carla brings this time, not the gesture of the fold, but the sum of different surfaces, in a junction of physical planes, thus creating third bodies. Two bodies that come to coexist. The artist returns to thinking about the innermost part of this body, the internal and individual physical sensations recreated by experiences in the world. A world of mourning, but also a world of transformation and pleasure. Recognize oneself in oneself, recognize oneself in the air we breathe, recognize oneself at the edge of the skin, in and out of it.

Simple old stationery material, such as letterset, lettersets and old books, is explored with clippings and collages. Colored tracing paper and graph paper bring light colors to the display while dense black is placed to the side. The transforming gestures of materials are tearing and cutting. More sudden ruptures with the material and which bring new compositions through superpositions and junctions of these materials, new landscapes that refer to hatches and moirés of engravings.

Carla also shows the series “He wanted to be a flag”, where carbon paper cutouts with the gallery’s ground floor plan hang on wooden sticks, recreating a soft body that transforms with gravity and with the lightness of paper as it moves. air meeting. Also as flags, Carla brings large-format drawings of black oil sticks on Japanese paper. Here the drawings are like portals where the black color of the paper brings depth to the space and speaks of a field of possibilities. Black is an absence of light, but not an absence of possibilities. It does not cancel out, it is a state of transition, of change. On the edges of the large papers, the scribbles remaining from the workmanship remain, making a gesture, an active body, be perceived.

The body as a character in Carla’s work appears in her photographs. Like drawings, photographs are like frozen gestures. In the series “Line Pieces”, the artist’s body is close to the architecture, creating new drawings with black lines. The lines are like drawings through space, having as support and fixation the artist herself who leans on a corner of a neutral space. More organic movements are explored and contrast with the hard lines trapped between your hands, feet, floor and walls.

For the exhibition, Carla produces a new video, where for the first time she invites other people, dancers, to perform. Through the contact/improvisation technique, the dancers’ bodies are mixed between their black clothes, creating new bodies, new beings, amorphous and transformed by the experience of movement and joint action. The video is a new step for the artist to relate to, understanding the importance of inviting and delegating her movements to other characters. Carla directs the recorded performance here, but does not participate. She watches the movements, like a scientist watching cells come together under his microscopes.

The exhibition opens together with the launch of Carla Chaim’s book, published by Editora Cobogó. In the book we will have 10 years of career represented and you can see the fine line that connects the different media present in Carla’s work.