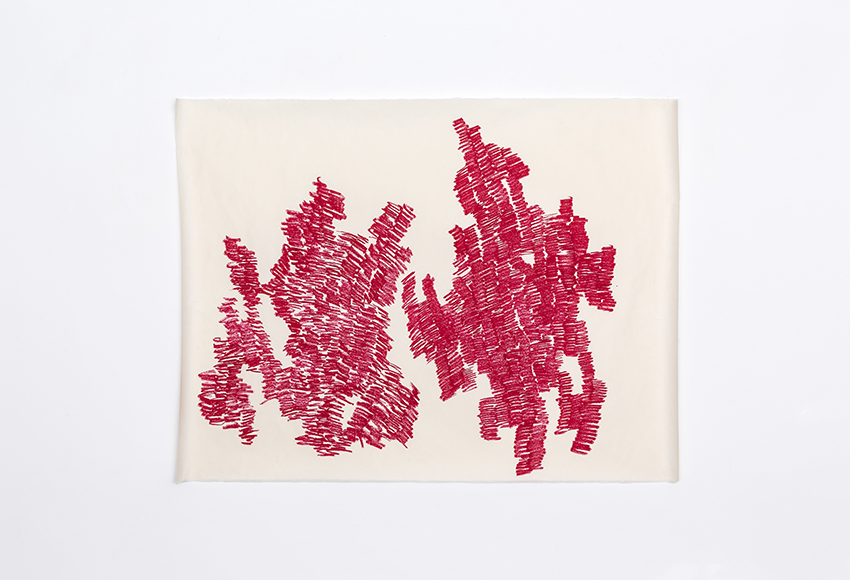 from its voluntary relation with a function, whether if it is organic or social,

can for the first time, explore, inquire and show all

the possibilities of what it is capable.”

Whoever is expecting to find shelter in this architecture is mistaken. At first, there is a box inside another box; a wooden grid at the center of the gallery. A hollow structure invites us to contemplate suspended drawings, to walk in and out, front and back. Everything seems to be in its place, until we approach the works. Therefore, the apparent rigidity of the space meets the manifestations of a restless, feverish body. Our eyes run through vigorous and repetitive lines, material densities, scratches, slaps, explosions and shards: no traces of consolation, no redemption.

Fever is an exhibition that rounds the reflexive powers of gesture. Free from any functionality, Carla Chaim’s actions explore the rebellions and uprisings that fit into one body. While the artist is usually identified by her concise palette, centered around black and white – a choice that fulfills the role of maintaining the production linked to its fundamental operations, stripped of accessories –, here we see a strong interest in red and its variations, a result of the search for a new radicalism and a widening of subjective contours. However, it is not about understanding her gesture as an expressionist fetish, a way in which we would have been summoned to look for traces of psychological singularity in her production. In addition, it is not our duty to identify, in her scribbles, an author’s mark that relates to the ideas of style, personality and distinction; the idea of gesture as signature, for example. On the contrary: the lines we see here pursue a certain deterritorialization. They do not document the biography of an individual, but the tremors and vibrations that run through their body, the energy of its movements repeated to exhaustion, such as the visual exclamations that may also be shared at a collective level – since the show has been produced in the past two years, it is possible to say that it somewhat corresponds to the social stress to which we have been submitted.

In almost all the artworks here, such body is manifested by its evidential aspect; in other words, it announces a presence that is constituted through absence. They are scar-drawings that point to the perspective that a body is not made only of flesh and bones, nor only of matter. It is a mixture of wandering machine and instrument, prosthesis and experimentation lab – a battlefield per excellence. The body of Fever is an incorporated body. Two exceptions, however, are “Mão dormindo” [“Hand sleeping”] (2021) and “Conversa-Acordo” [“Conversation-Agreement”] (2021),

videos in which the hands acquire their own animality, as if they existed independently from the rest of the body. In the first one, minimal gestures of the resting member make us imagine that they take place right after the execution of the works: this hand is exhausted from producing. In the second one, an intimate conversation between the hands (sometimes indicating a conflict, sometimes a game of seduction) divides the body of the same individual. According to the artist herself, “when two hands touch, which one is touched and which one touches? Who is subject and object in the scene?”.

The duality that is present in “Conversa-Acordo” [“Conversation-Agreement”] is also visible in other moments of the show. The carbon sheets of paper scratched by nails display mirrored poles

– positive and negative, matrix and copy – recognizing themselves as another being. The same is true for the “embroidered” scratched simultaneously by left and right hands, producing heterogeneous stains that hardly conciliate (in such cases, the wrath is more restrained and focused, in a choreographed rhythmic gradation). The dual other acts as a dialectical solution that disorients and disturbs the alleged reason of the procedure, something that becomes even more intensified by repetition and insistence. Far from reflecting any standardization, Chaim’s persistent gestures distance themselves from the idea of a possible program’s success and efficiency towards an affirmation of the cruelty of failure. Fault is situated as refusal, imposture and impossibility, but also as a constructive way out and an inventive resource. Repeating, in this case, is a way to shred the gesture until it is possible to finally see it and grab it.

There is also a ceramic and graphite set that seems to migrate the lines we see in Japanese paper into the tridimensionality of the space. They are equally irregular lines that suggest organic fragments, which are twisted and reduced to their essence. Such as in the artist’s earlier pieces, graphite ceases to be the means by which something is expressed and starts being an end in itself, a matter of autonomous interest. In addition, some of the pieces with pronounced curves allude to the shape of Louise Bourgeois’s hysterical body, bringing shape and symptom closer.

Finally, I see this Fever that Chaim is showing us as a type of reaction to the state of numbness that strikes us at the moment. Here, immersed in the delirium of the high temperatures, we are summoned to recover the language of gestures, seeking to perform and act on our life drive. Some fever will be there, yes, so that we do not subject ourselves to the uninterrupted failure of the now. Some fever will be there, yes, to guarantee the insurrection of our dreams. 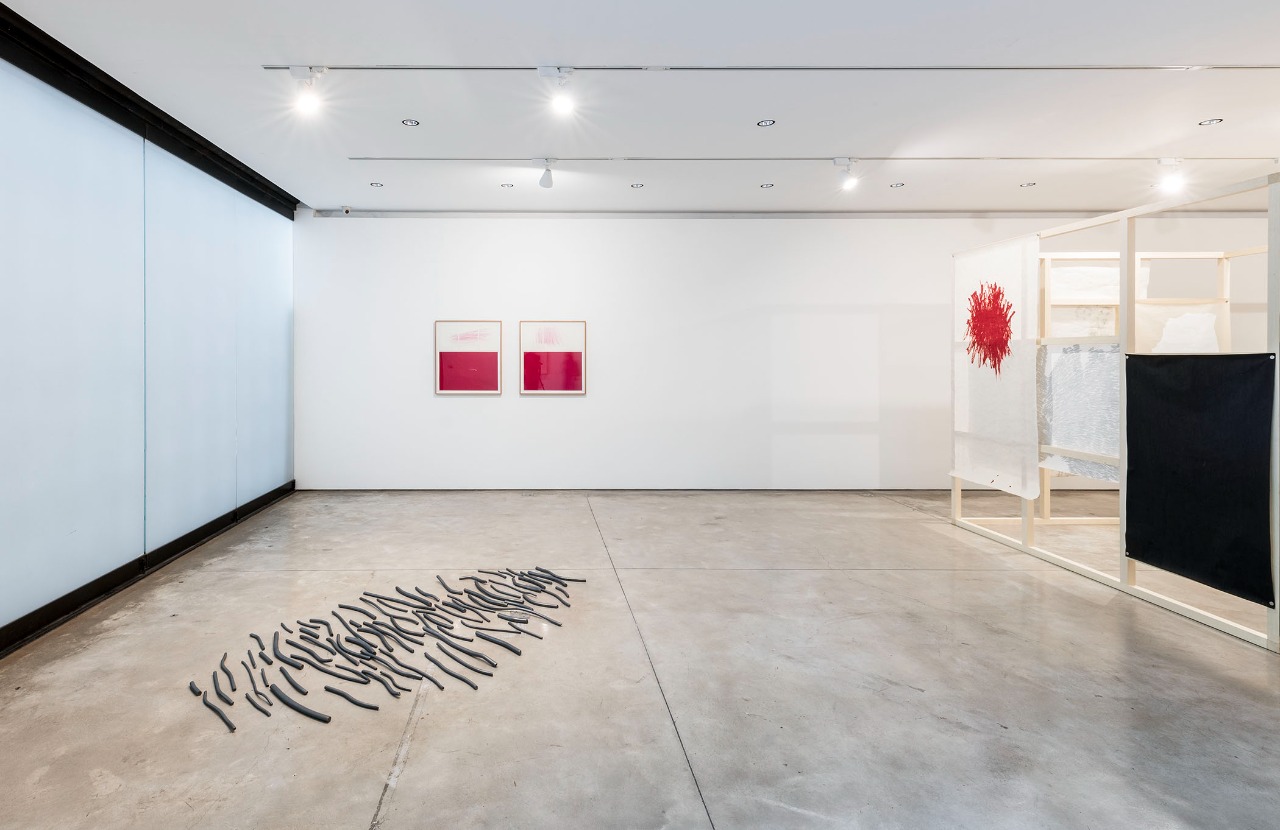 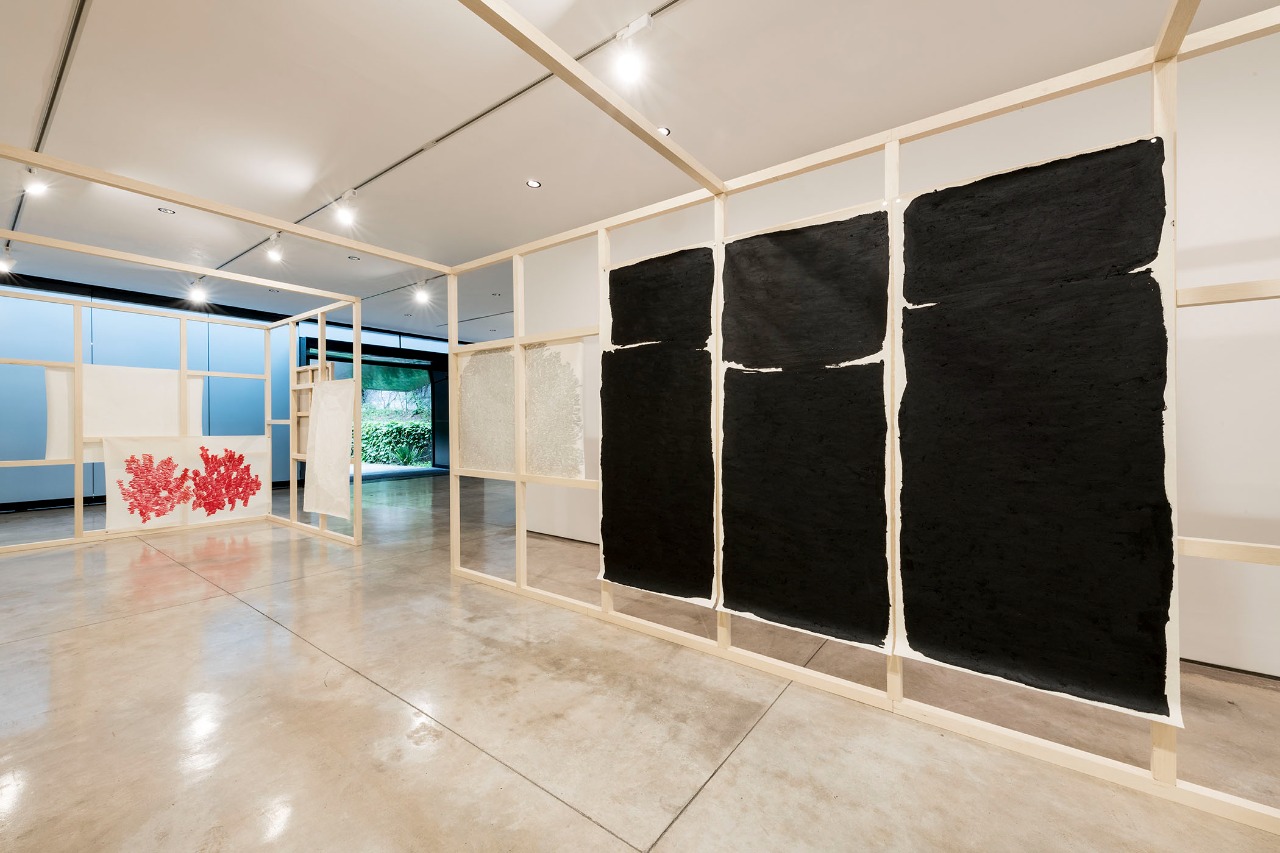 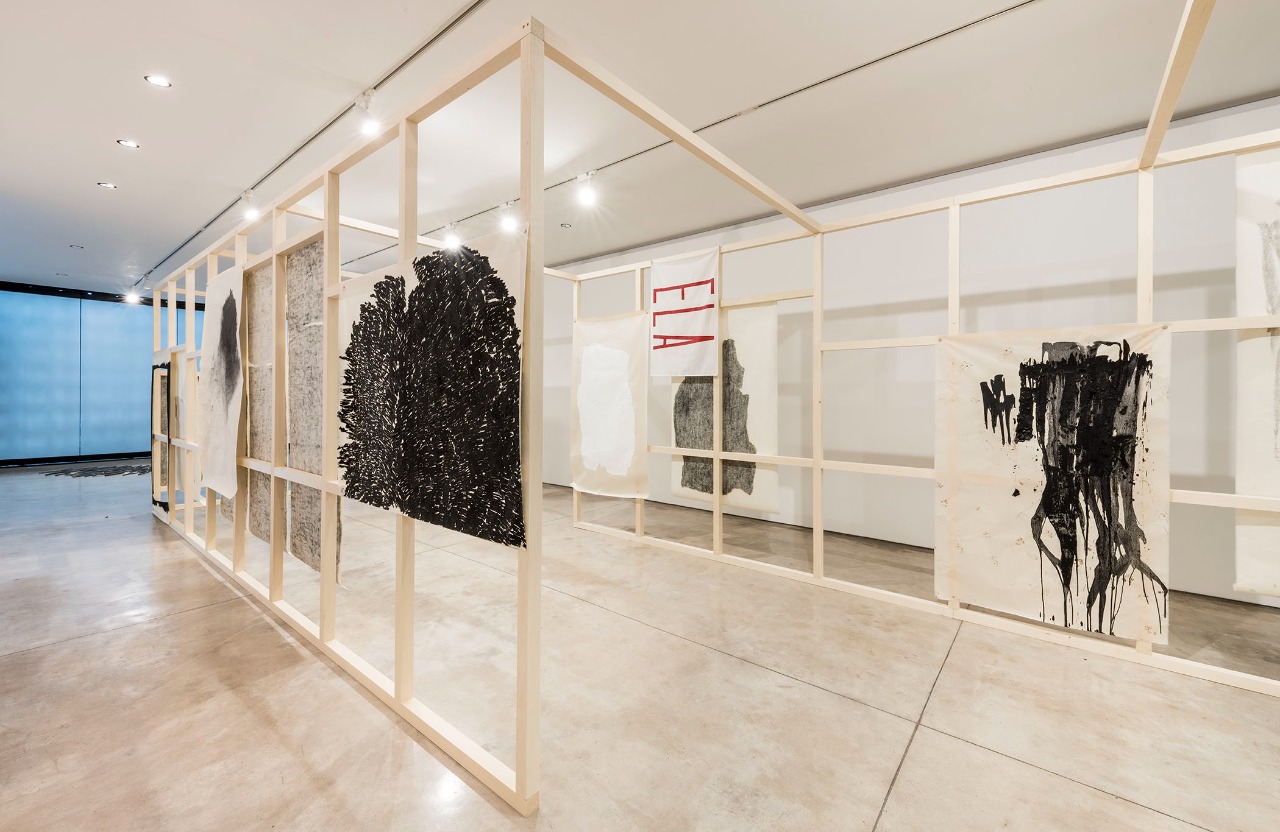 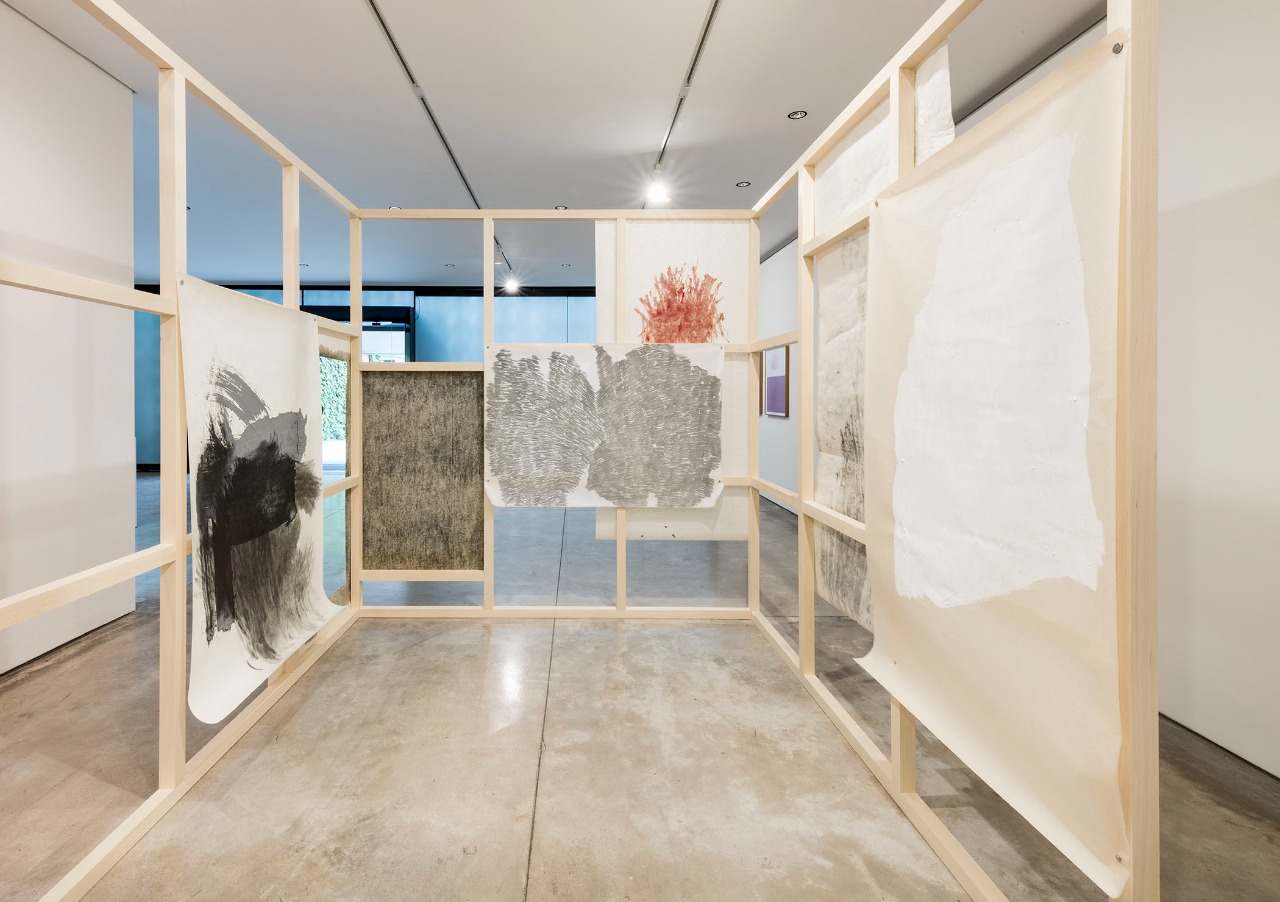 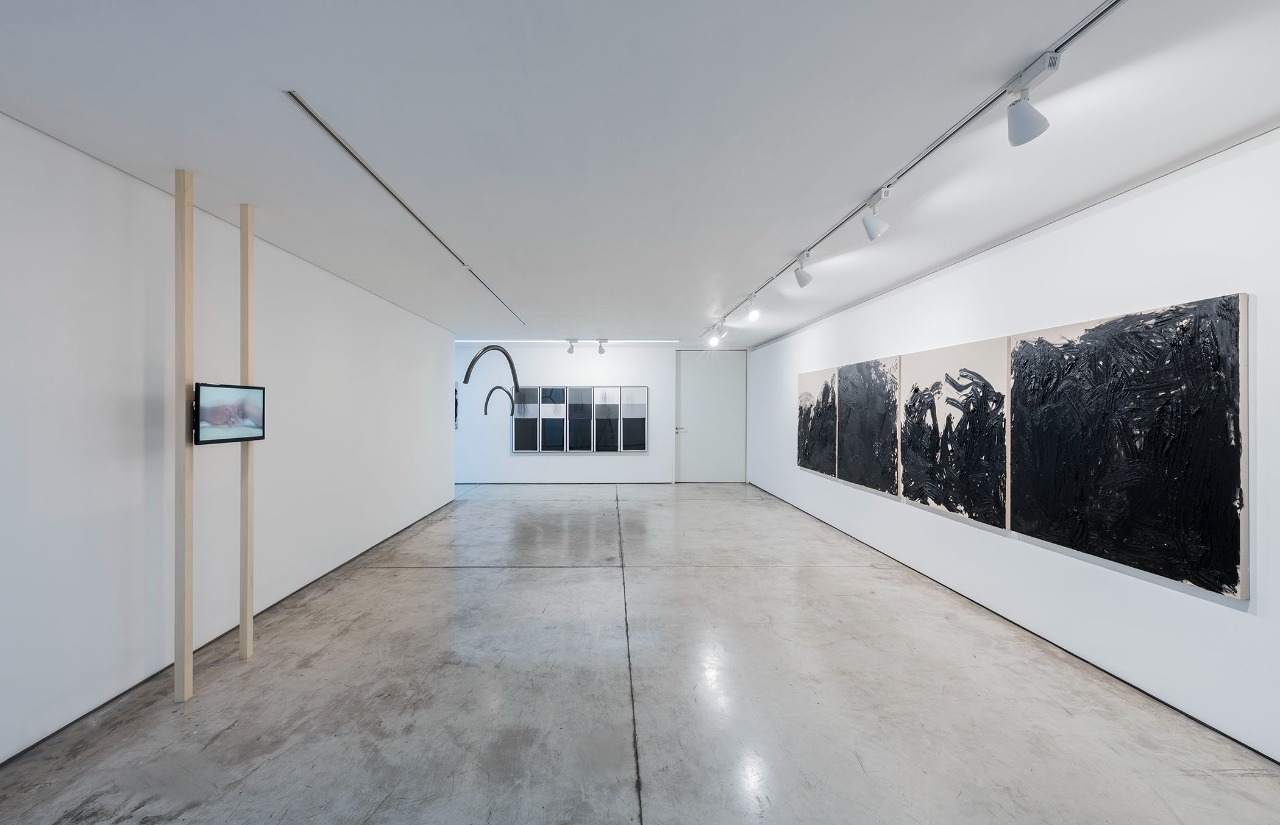 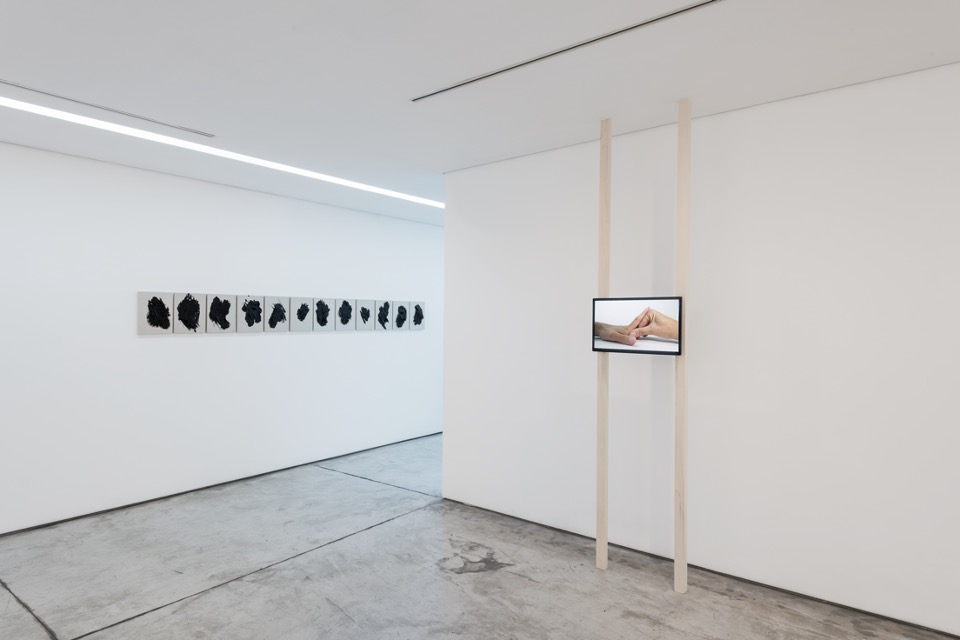 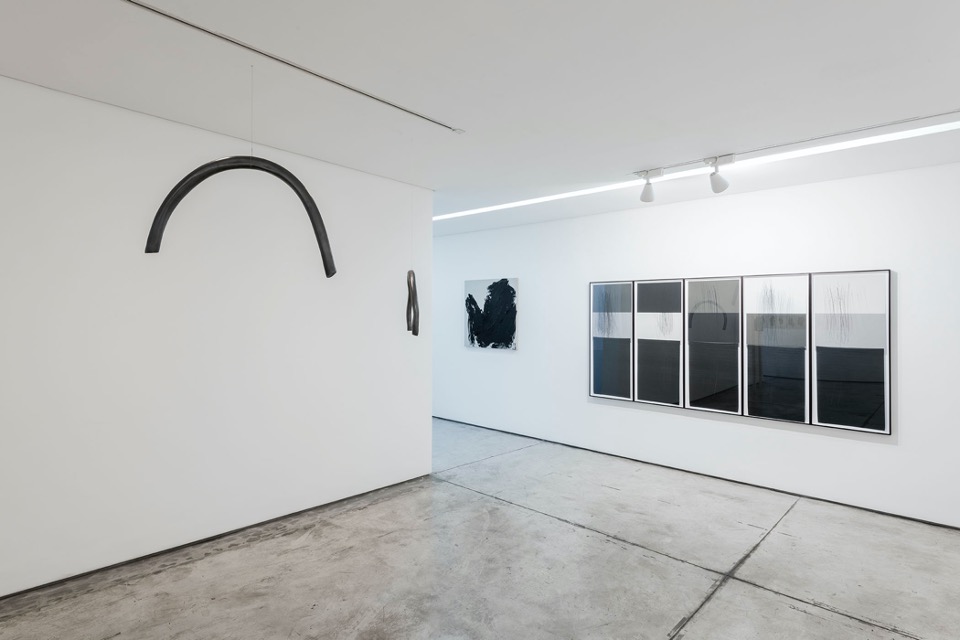