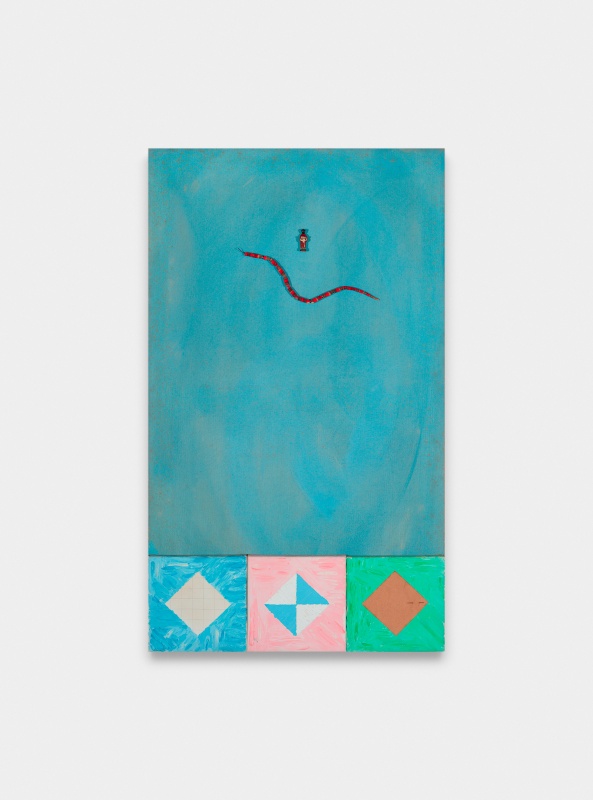 This group of paintings marks the moment I opted for painting as the main medium of my artistic activity.

After a beginning linked to the so-called Brazilian New Figuration, in the second half of the 1960s, and after a production related to conceptual art in the 1970s, there was an interval from 1976 to 1980, when I resided in Paris and became immersed in a process of questioning the history of art and its relationship with painting. For me, in that period, tradition was something to be rejected in light of the tabula rasa that the avant-garde art was demanding for the constitution of the new. My experiences in that phase, coupled with the growing critical view on the evolutionist and mechanistic meaning of this conception of avant-garde art, led me to take a new look at references on art, and I began to privilege painting as a practice able to establish a link between history and the present, running against the grain of the then widespread belief in the death of painting. From 1978 onward, painting began to be the object of my artistic production.

Made between 1978 and 1986, these artworks evince the genesis of that process. They are concerned with establishing the basis on which it would be possible to build a pictorial practice, seeking to deal with questions concerning culture and language with the aim of formulating an original language. Since the outset, I established a program based on the idea of painting the painting. That is to say, working with questions about culture and language directly involved with the pictorial practice, in order to generate, within the struggle, an original response.

Color is necessarily one of these questions, as is also the investigation concerning the format of the canvas, the density of the paint and the way that it impregnates the support. The canvas A querela do Brasil seeks to define the basic resources for painting: the demarcation of the plane, collage and the chromatic surface. Tico-Tico no Fubá is an archaeology of the painting with its delimited orthogonal grid, along with the line, the point and curve in the definition of space. Delírio de Thales operates as another possibility of geometry, as though the plane and the straight line were transgressed by chromatic curves that nullify the limits of the canvas in an endless continuity. Submerso explores the extreme opposite and exacerbates all the elements of the painting by evidencing the landscape (in the case of the Victoria amazonicas, a theme dear to Guignard). Dia após dia and A queda do tamanduá (a motif that I have taken up again in the last ten years) operate through the erasing of the landscape, preparing the way for a long period of abstraction that was to begin shortly thereafter.

These canvases thus constitute a summary of the first steps of what has turned out to be a long pictorial process. This path has consisted of the outlining and analysis of determined formal questions which, once exhausted, have sought to establish new questions and challenges, thus establishing a continuing pictorial action.